If it's March, it must be time for my cozy reviews, MEOW! 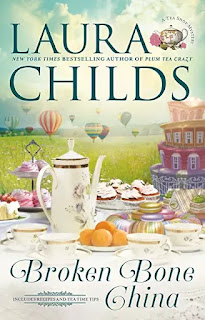 Laura Childs delivers in the twentieth instalment of her popular tea shop mystery series.  Theodosia and Drayton are catering at a hot air balloon rally when a drone invades the festivities.  It causes a balloon to fall, killing the three passengers.  When Theodosia learns one of the passengers was a CEO of a local software company, she suspects foul play.  The list of suspects seems endless, including the fiancee of one of Theo's best friends.

the charm of this series is following Theodosia investigate with the help of her faithful sidekicks, Drayton and Haley.  Theo always manages to get herself in danger (and destroy an outfit) but gets out in the nick of time.  A true "thrillzie" series that never seems to run out of steam. Five Paws! 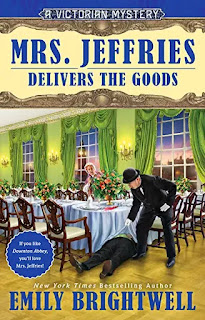 the 37th instalment in this popular series finds a member of Inspector Witherspoon's staff attending a ball when tragedy hits the dance floor.  Stephen Bremmer goes into spasms, and it doesn't take long before everyone realizes the man's been poisoned.  the victim was an arrogant member of hte upper class with few friends and a boatload of enemies.  Witherspoon and his household are tasked with fiding the killer, no easy feat.  an enjoyable read.  Four Paws! 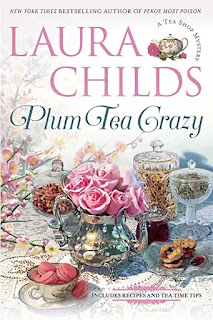 Theodosia witnesses a local banker fall to his death, then discovers the man was shot with a bolt from a crossbow.  At the request of the mansion owner, Theo investigates and is soon up to her neck in suspects, all of which had motives to off the banker.  Five Paws. 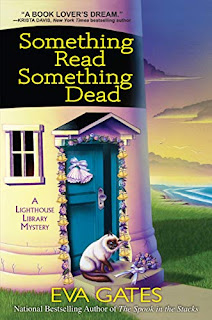 Winter falls on North Carolina’s Outer Banks as Lucy Richardson and her friends joyfully help her favorite cousin, Josie O'Malley, plan her wedding. The owner and head baker of Josie's Cozy Bakery and her fiancé, chef Jake Greenblatt, want a small, simple wedding.
But to their horror, Josie's imperious grandmother, Gloria, descends with the “Louisiana Mafia”: a gaggle of aunts and cousins who intend to take control of the wedding plans. Gloria doesn't do small and simple, and cousin Mirabelle has her own ideas for Josie's wedding, something grand and lavish—and paid for by Josie's parents, of course—that will kickstart her fledgling event planning business and get her work shown on the covers of wedding magazines. To make matters worse, Mirabelle focuses her full Southern charm on the prospective groom…and Jake doesn't seem entirely adverse to her attentions.
To smooth the waters, Lucy hosts a bridal shower at the Bodie Island Lighthouse Library. But it turns deadly when Mirabelle collapses—soon after eating the gluten-free treats Josie prepared specifically for her. Now, to save her favorite cousin from prison, Lucy will have to bring a crook to book in this fifth festive Lighthouse Library mystery from national bestselling author Eva Gates.  Excellent entry in this popular series. Four paws. 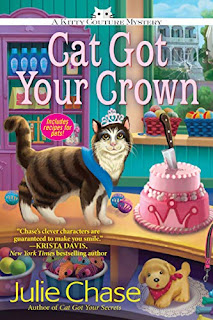 Lacy Marie Crocker can hardly believe it’s been a year since her return home to New Orleans. There hasn’t been a dull moment since opening her pet boutique last summer, and thanks to the popularity of Lacy’s organic pet treats, and the arrival of the National Pet Pageant, Lacy desperately needs some help before she is overrun by the demand for pupcakes and crinolines.
The entire Garden District seems to be counting the minutes until opening night of the pet pageant and everything is going spectacularly until Viktor Petrov, the pageant emcee takes a spill from the balcony during dress rehearsal. All signs points to murder and homicide detective Jack Oliver sets his eyes on Eva Little, one of Lacy’s committee sisters and the only other person on the balcony at the time of the fall, as the killer. But when it comes out that Viktor was notoriously rude, the doors blow wide open with potential suspects who could’ve wanted him dead.


Laura Childs has offered to give a copy of BROKEN BONE CHINA to one lucky commenter!
To enter, leave your name and email address in our comments section. winner will be chosen at random by random.org.  US entries only please! Contest end  March 17, midnight.

Posted by ROCCO LOTEMPIO at 9:31 AM