Toni  here, borrowing the blog from ROCCO for today, to talk a bit about the new DARK SHADOWS movie! 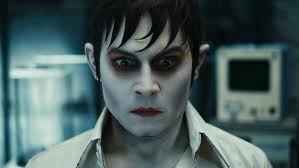 I went to my local theatre Friday night with a feeling of anticipation.  I’ve been a fan of the soap opera since I saw my first episode of it in 1968 – Angelique was Cassandra then, married to Roger Collins, threatening Barnabas who, thanks to an experiment by a mad scientist/doctor had become totally human, the vampiric part of his life force living in a creature named Adam.  Angelique was in league with Nicholas Blair, a scion of the Devil, and the two of them were trying to locate Adam but for very different reasons – Nicholas wanted to control him so that he could be “bred” to create a race of superbeings that would be subservient to Lucifer; Angelique wanted to kill him so that Barnabas would revert back to being a vampire (as described on the tape Dr. Lang left and she oh so conveniently overheard David Collins playing).

The above is just a sample of the premier storytelling that contributed to making Dark Shadows what it was in its heyday – the most watched soap opera on television.  The above is what would have drastically improved the Johnny Depp/Tim Burton remake.  Or even stealing an idea from the new comic book series would have helped.  Any sort of plot, (except a cemetery one) would have been helpful.

Because while Dark Shadows, the movie is indeed a visual feast for the eyes, it left me cold in terms of storytelling – possibly because major chunks were left dangling.  We’re introduced to Victoria Winters early on, but there’s no hint, as in the soap, that she might be Elizabeth Stoddard’s abandoned daughter – instead we’re told she’s really Maggie Evans, and we can assume (from the resemblance and from the fact the ghost keeps haunting her) she’s supposed to be a reincarnation of Josette, Barnabas’s lost love.  In the soap that honor went to Maggie, before Barnabas fell in love with Victoria, so I guess that was the writer’s way of combining that aspect into a neat little package – but it left me cold.  So, too, did Barnabas’ relationship with the witch Angelique, who was now a rival cannery owner and theprimary reason why the current Collins family (headed by M ichelle Pfeiffer in the role Joan Bennett made famous, and clearly the best thing in this movie) has fallen into ruin.  Most of the movie centers around Barnabas’s trying to adjust to life 200 years later (or as Angelique puts it, “don’t’ exaggerate – it was only 196 years in that coffin) and his love hate relationship with Angelique (or “Angie” as she’s known)  Honest, we could have done without that sex scene – and if you blinked, you missed the all too brief appearance at the party by the late Jonathan Frid, (who no doubt, is rolling over in his grave), Kathryn Leigh Scott, Lara Parker and a still handsome David Selby.
SPOILER ALERT**** IF YOU HAVEN’T SEEN THE MOVIE SKIP THIS****** 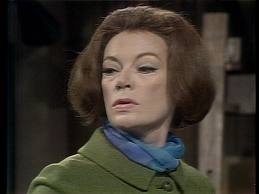 My biggest beef, though, is what they did with the character of Dr. Julia Hoffman.  An integral part of Barnabas’s life, the original Julia, portrayed by the late Grayson Hall, suffered a severe case of unrequited love as Barnabas bounced from female to female (Josette, Vicki, Roxanne, Maggie, and finally…good God! Angelique!)  before the series end, never realizing the jewel that stood by his side through thick and thin – and also the one woman in the cast nearest his age. J  (Frid was 45 when he portrayed Barnabas, Hall in her early 50’s – and all the other loves of his life were barely 25 – talk about a May December)
That’s not what irritates me the most – why, oh why, do they insist on killing off Dr. Hoffman in every movie version of Dark Shadows (okay, there are only three – but STILL!).  In House of Dark Shadows she buys it after giving Barnabas an overdose of the serum she was using to cure his vampirism (she was jealous of Maggie) and he strangles her.  IN the new DS movie, he realizes she’s using HIS blood and injecting it into herself in an attempt to stave off old age and he strangles her and drops her body at the bottom of the lake.  Now granted, in the original tv series Dr. Hoffman was supposed to meet a grisly end at Barnabas’s hands – and up until Vicki went back in time the two of them were sworn enemies – but throughout the series they ended up best friends, buds if you will, and it just makes my blood boil why they have to continually kill off the one woman on that show who was the perfect mate for him – even if he didn’t see it.
Aside from that, my final verdict – it wasn’t as bad as I thought it would be, but  not as good as it could have been. My advice is to go see it and judge for yourself!

TONI
HUMAN TO ROCCO, INCREDIBLE BLOGGING CAT
Posted by ROCCO LOTEMPIO at 6:18 AM