We welcome our next author in the LOVE AND OTHER DISTRACTIONS ANTHOLOGY....ROBERT LEVINSON!

Robert S. Levinson is the best-selling author of the Neil Gulliver and Stevie Marriner series of mystery-thriller novels, the most recent, HOT PAINT, dealing with a suite of Andy Warhol prints that are the key to locating art masterpieces missing for more than half a century. He is currently serving a second term as president of the Mystery Writers of America-Southern California chapter, is on MWA's national board of directors, and wrote and produced the organization's 57th Annual Edgar Awards.
R:  Tell us a bit about yourself and how you became interested in writing.


Always been a writer, starting as a pre-teen, likely inspired by my father, who wrote a column for the weekly L.A. Voice, and my uncle, a Broadway playwright. Taught myself to type at around age 8, churned out a neighborhood “newspaper,” and walked the one copy from neighbor to neighbor. Been at it ever since. Editor of my junior high and high school newspapers, executive editor of the old L.A. Examiner Scholastic Sports Association; moved from the Ex to the Times to managing the Riverside Press-Enterprise Pass Area bureau, later columns and human interest features for the Riverside Press. Moved into public relations for a major national firm, inspired to start my own independent company after hearing those inspirational words “You’re fired,” creating what ultimately became a major international player in the entertainment field, mainly representing music companies and artists. Ultimately moved into writing for television, followed by the move into writing mystery/thriller novels, a long-term goal, starting with a modest best-seller, THE ELVIS AND MARILYN AFFAIR. Anyway, that’s my story and I’m sticking to it…

R: Tell us about your latest project, PHONY TINSEL. Where did the idea for it originate?

PHONY TINSEL is my tenth novel and the latest to use the Golden Age of Hollywood as a backdrop, exploiting my long-term love affair with the movies and its history, a successor of sorts (but not a sequel) to my earlier A RHUMBA IN WALTZ TIME, which played out a different brand of murder and mayhem from the MGM studio of the late 30s. The title comes from a quip attributed to the late Oscar Levant, “Strip away the phony tinsel of and you’ll find the real tinsel underneath.” The story deals with a young, naïve, quick-tempered screenwriter, Charlie Dickens, so desperate for success he’s ready to commit murder at the behest of film star Sarah Darling, who’s out to dump her autocratic, skirt-chasing producer-director of a husband. Along the way Charlie encounters a scheming damsel in distress, Hooverville homesteaders, Bible-thumping fanatics, club-wielding railroad bulls, a opium den operator, cowboys, Indians, and other fugitives from an RKO B-movie casting call.

R:  You’ve also worked in PR with your company, Levinson Associates.  Who are some of the clients you most enjoyed working with?

R:  How did you hear about Kids Need to Read? Tell us a bit about your short in this anthology.

Kids Need to Read was suggested by the amazing Christiana Miller, who’d proposed LOVE AND OTHER DISTRACTIONS, brought together the 14 contributing writers (all members of the Writers Guild of America), edited the anthology, and did all the tech heavy lifting that brought the book into being. (Pause for applause; bravo, Christina). Years ago, I’d created and coordinated the WGA School Literacy Program, which put Guild members the likes of the late, great Larry Gelbart into junior high and high school classrooms to work with students on a semester-long basis, so I was especially pleased by the idea. … My story, “Take My Word for It and You Don’t Have to Answer,” was the first short I attempted, appeared originally in Ellery Queen Mystery Magazine, and was among Readers’ Poll favorites. It deals with two old comics, Hale and Harty, who meet to review a love lost and a promise made multiple years ago, after tragedy cost them their careers. It later was made into a one-act play that premiered at the first annual International Mystery Writers Festival at in ; take my word for it and you don’t have to answer.

Y’mean besides a computer and a keyboard? ; )  Actually, I need solitude, a quiet room with no distractions whatsoever. My focus is usually so intense I don’t hear the telephone ring. … My background is a big help to my (so-called) creative process. I’m able to develop and advance a lot of the story based on personal experience and memory, but do pause frequently to double check dates, spellings, locations, and details where I’m working elements of truth into my fiction.

While the Wall was still there, crossing from East Berlin back to West Berlin via Checkpoint Charlie, carrying a wad of currency, an arrest offense. … Staring down the rifles of troops from the side of the widow wall in the negotiating hut at the 42nd Parallel. … Take your pick.

Drawing and painting. (Art has always been a heavy duty avocation. Dabbled in earlier days, wrote a monthly art column for Coast Magazne, features for other publications; studied briefly with Edward G. Robinson’s tutor. Won an award or two, but definitely figure in the Sunday Painter category, desire being no substitute for talent.)

R: What’s your next project?

It’s my eleventh novel, FINDERS, KEEPERS, LOSERS, WEEPERS, scheduled for publication late January 2014. Advance Reading Copies (ARCs) are out to reviewers now, and Amazon already has it listed and is taking advance orders. It’s a rock-and-roll story that kicks off in 1989, when rock idol Nat Axelrod is sentenced to prison on a trumped-up rape charge. Characters come and go in a struggle to find love, success or survival in the take-no-prisoners music business, where backstabbing is a fine art limited only by the number of available backs. … Meanwhile, I’ll have a new short story, “After Daddy Died,” in the January-February double-issue of Alfred Hitchcock Mystery Magazine, and another, “The Dead Detective,” in THE SOUND AND THE FURRY, an anthology to benefit the International Fund for Animal Welfare edited by Denise Dietz and Lillian Steward Carl. … Not yet certain what my next novel will be, although fairly certain it will be set in of the early forties. Working through several ideas, all of them leading off with the words “what if.”


Finish this sentence:  If I could meet anyone in the world, past or present, it would be Pope John XXlll


If I had just one wish, it would be Peace on earth to men of good will

Thanks, ROCCO  and Toni. Enjoyed the visit.


WE enjoyed having you, Bob.  Folks, you can find out more about Bob at:
www.robertslevinson.com 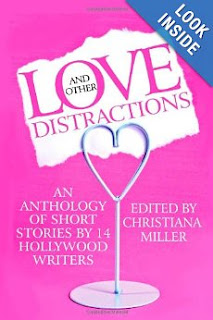 Posted by ROCCO LOTEMPIO at 3:07 AM