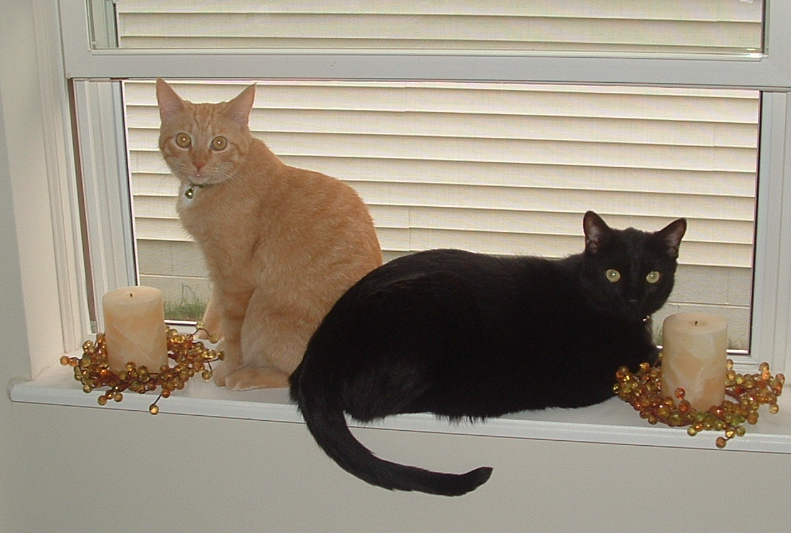 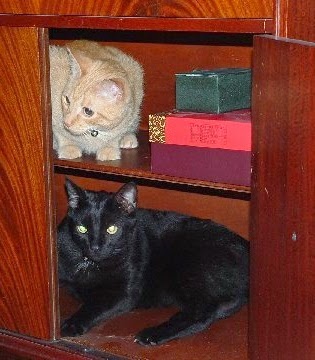 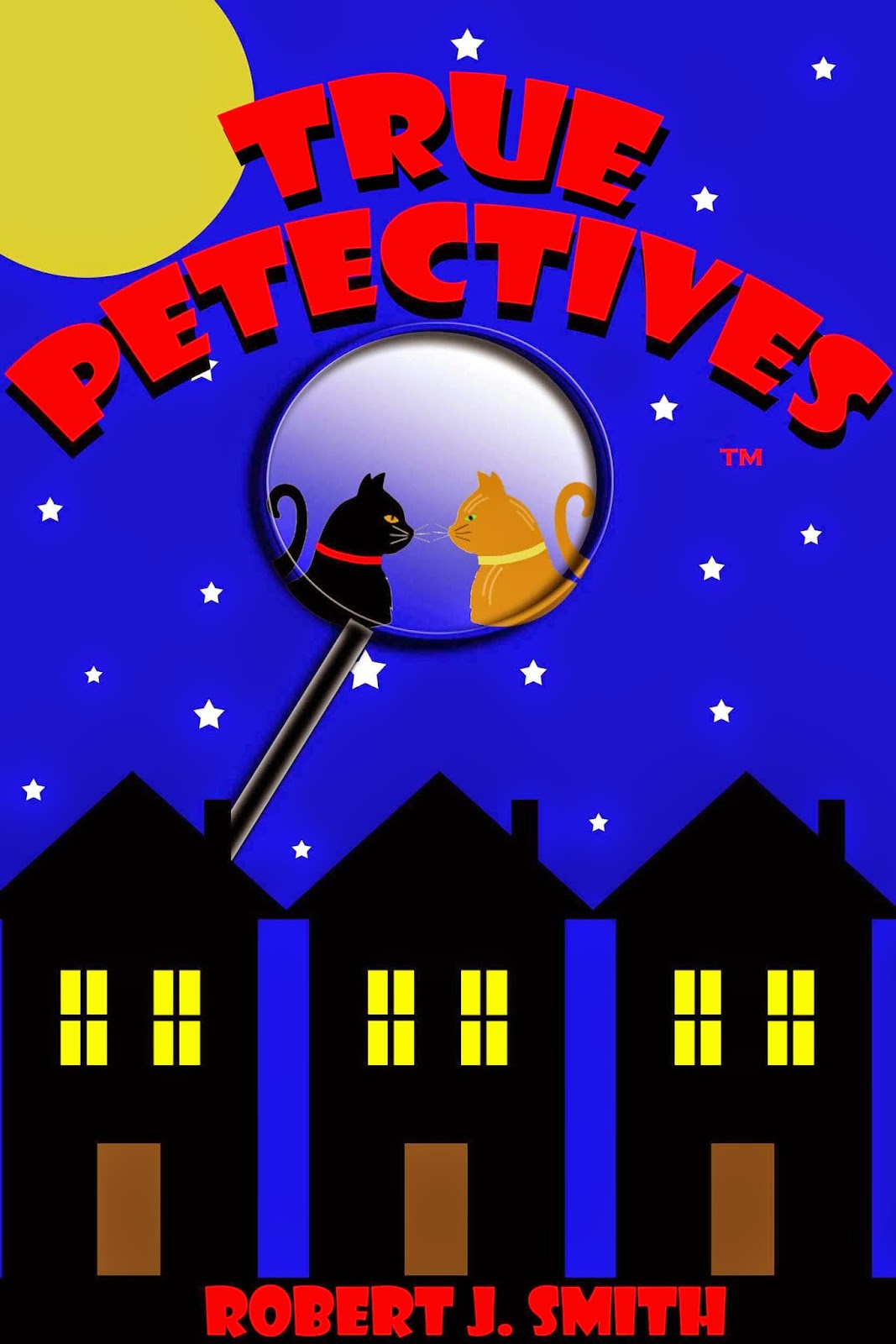 Ever wonder what your cats are doing when you're not around? Most likely they're just sleeping but housecats Yoshi and Gatsby also manage to solve a few crimes in between naps. To combat the boredom of being pets, these two conduct private investigations for their fellow animals. Gatsby's a smart-mouthed orange, stripey cat who loves going outdoors, talking to witnesses, investigating leads and putting his neck on the line in the pursuit of justice. Yoshi's a witty and wise black cat who won't step a paw outside of his house but who can process the information that Gatsby brings him into solutions for even the trickiest mysteries. From shutting down dogfighting operations to stopping attempted peticide, these guys handle it all and do it with humor and style. If you're a housepet and you have a problem, call the Petectives!
A word about their creator:
Robert J. Smith has written three mysteries involving sarcastic cats solving crimes: Petectives, Petectives: Christmas Party and Petectives: Under Fire. He lives in Columbus, OH with his wife, children, two cats and a dog (who is seriously annoyed that he’s not in any of the books).

Rocco: Can you tell us a bit about yourselves?

Yoshi: I’m a black cat who likes to spend time educating myself in literature, fine arts and the science of criminology.

Rocco: How about you, Gatsby?

Gatsby: Well I’m an incredibly brave, good looking orange cat. My people picked me up at a pet shelter when I was four months old.

Gatsby: I knew that there was something that I liked about you.

Yoshi: Can we get back to the interview?

Gatsby: Don’t mind him; he was bought at a pet shop.

Rocco: He does have a point. Let’s get to a typical interview question: Why did you guys decide to be detectives?

Yoshi: We both find the life of a housecat to be a bit mundane and find that detective work provides a stimulating distraction.  The animals of the neighborhood come to us with a variety of problems related to crime and we do what we can to help.

Gatsby:  We? I go out and do all the footwork while he sits in the house all day and sleeps. I mean “thinks”.

Yoshi: “Footwork”? I believe that the word that you’re looking for is “legwork”.

Rocco:  Actually, I would think that the word that you’re both looking for is “pawwork”.

Rocco: Thanks. What kinds of crimes do guys investigate?

Gatsby:  Seems like anything can happen in our neighborhood. One time we were hired to track down a missing show cat which somehow led us to us uncovering a dogfighting ring. Last Christmas we had to figure out who was trying to kill an obnoxious dog. And then this past summer we were hired to clear an innocent dog of a charge of assault while at the same time shutting down a protection racket.

Rocco: Whew. It sounds like you guys keep yourselves busy.

Gatsby: Does it sound interesting to you? I’m looking into setting up cat detective agency franchises across the country. Are you interested? We could make a killing!

Rocco: No thanks, I think I’ll stick with blogging.

Gatsby: Wait a minute. Yoshi, you sleep all day. What difference does it make to you?

Yoshi: During the day, our people are at work and school. I have the house to myself.  I can read, listen to music, collect my thoughts -

Yoshi: I’d better take this one. The last book Gatsby got through was ‘Fun with Dick and Jane’.

Gatsby: Thank you Rocco. Us shelter cats need to stick together.

Yoshi: Whatever. It’s hard for me to pick out a favorite book but anything by Rex Stout or Agatha Christie.

Yoshi: I prefer a good book.

Gatsby: I love ‘My Cat from Hell’! It’s the best written comedy on television!

Yoshi: I don’t believe that show is intended to be funny.

Rocco: Well, I think you guys have taken up enough of my time. Thanks.

Yoshi and Gatsby: Thanks, Rocco!

Folks, here’s where you find Yoshi and Gatsby:

Links to the books:

Winner will be chosen at random using random.org.  Don’t forget to mention all you’ve done in your comment. Good luck! Open to US residents only - ends 1/17 midnight.