MEROW!  Here's a blast from the past - my 2013 interview with NYT bestselling author Sofie Kelly! 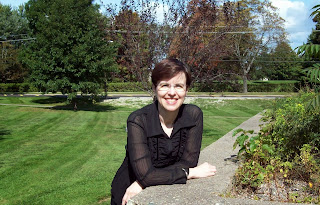 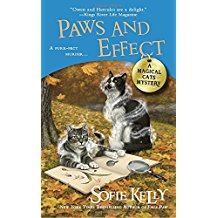 Sofie Kelly is the author of the New York Times best-selling Magical Cats mysteries. As Sofie Ryan she writes the upcoming Second Chance Cat mysteries. In her spare time she cooks, hikes, practices tai chi and makes mixed media journals. She also has a tiny crush on the Today Show's Matt Lauer.

Since this interview, Sofie has published eight books in the popular magical cats series, and under her other pen name of Sofie Ryan four in her Second Chance Cat mysteries starring Elvis!!!!!  (the cat, not the King) 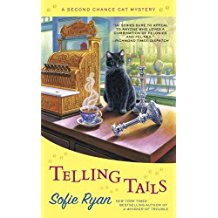 Penguin has donated a copy of Sofie Ryan's latest Second Chance Cat mystery, Telling Tails, to one reader!
To enter, leave a comment on this blog post with your name and email address (entries without email will be disqualified). For extra entries, you can do any or all of the below:

ROCCO
INCREDIBLE BLOGGING CAT
Posted by ROCCO LOTEMPIO at 8:18 AM