Meow, my guest blogger this week is Maya Corrigan! 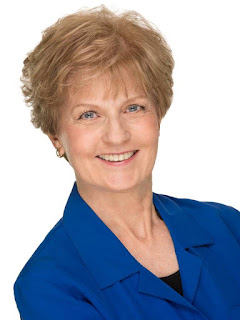 Maya (Mary Ann) Corrigan lives in Virginia, an easy drive from Maryland’s Eastern Shore, the setting for her Five-Ingredient Mysteries: By Cook or by Crook, Scam Chowder, Final Fondue, and The Tell-Tale Tarte. The series features café manager Val Deniston, who solves murders with her live-wire grandfather, the Codger Cook, in a Chesapeake Bay tourist town. Each book includes five suspects, five clues, and Granddad's five-ingredient recipes. Before taking up a life of crime on the page, Maya taught courses in writing, American literature, and detective fiction at Georgetown University and NOVA Community College. Visit her website, mayacorrigan.com, for book news and trivia about classic mysteries. She loves hearing from readers.

Hello Everyone and thank you ROCCO!!! 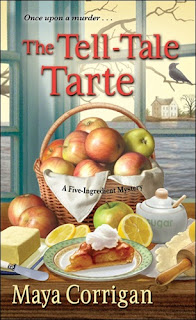 The title of the latest book in the Five-Ingredient Mystery series derives from a story about a murder, “The Tell-Tale Heart,” written by the father of detective fiction, Edgar Allan Poe. As a Poe fan, I thoroughly enjoyed incorporating his writing and incidents from his life into the plot of a current-day mystery. The victim and suspects in The Tell-Tale Tarte are people inspired by Poe: an aging writer whose riffs on Poe’s stories are bestsellers; the author’s entourage, including his publicist and his writing protégé; an actor with a one-man Poe show; a Poe scholar and her son, a Poe look-alike. The event that embroils Val and her grandfather in the search for a murderer occurs at a book club dinner party, when Val serves a French dessert, tarte Tatin, that proves to be a tell-tale tarte.

Val fears for her grandfather’s life when an actor famed for his Edgar Allan Poe one-man show is murdered while dressed like Granddad. She soon learns the actor isn’t the only one doing an impersonation. The search for his killer takes Val to the home of the Poe-inspired author, Rick Usher. When she and Granddad are stranded at the “House of Usher” by an ice storm, they uncover clues to the murder, but will they live to tell the tale? The book’s climax occurs in the Baltimore graveyard where Poe is buried. In the shadow of Poe’s tomb, Val and Granddad try to prevent a murder and mete out some POE-etic justice.

The story features a number of Poe parallels. Themes that Poe explored in his writing emerge in The Tell-Tale Tarte: the double or look-alike character, guilt, and vengeance. Events from the recent past play a role in the plot, including some purloined Poe poetry. The book offers a solution to real real-life mystery–the identity of the elusive Poe toaster, who, annually for decades, left roses and cognac at Poe’s grave on his birthday.

In The Tell-Tale Tarte, you’ll find Poe people, Poe places, Poe parallels, and peppering of Poe puns. You don’t need to know much about the father of the detective story before you read the book, but you’ll probably know more about him by the time you finish it.