What makes a mystery book a  S.U.C.C.E.S.S?
Elaine Faber 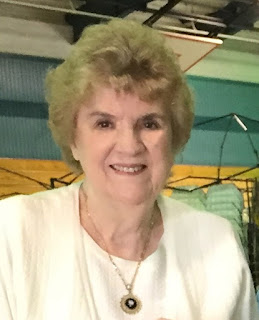 When is a novel a SUCCESS? Is it when an edited manuscript  is submitted to a publisher? A writer certainly feels a measure of success at that milestone.

Or must the book be published and delivered in four cardboard boxes to the writer’s front porch? That would absolutely be the definition of success.

Better still. Must it be an Amazon best-seller to a considered a complete and total “success”? Let’s analyze my latest novel, Mrs. Odboddy- And then there was a Tiger! Will it be a success?

What makes a book a Success?
S IS FOR SECRETS. There must be a secret yet to be discovered-that is key to the plot. The reader must be willing to accompany our heroine as she discovers the compelling secret. Without a secret, there is no reason to keep turning pages. Who would address a rat-filled shoebox and leave it on Mrs. Odboddy’s porch, and then break into her house? That sounds like a compelling secret worth following.

U IS FOR AN ‘UNKNOWN’ VILLAIN   An unknown antagonist is vital to the plot. Without a villain, life would be smooth sailing, and a cozy mystery can’t have that. Someone has framed Mrs. Odboddy for the Wilkey’s Market burglary. With her reputation in tatters, Mrs. O set out to find the culprit. Surely, the villain  who would do that is a scoundrel, indeed.

C. IS FOR COMPANION OR-CONSPIRACY The heroine must have a sidekick or companion to share the mystery. And a good conspiracy never hurts. Mrs. Odboddy and her friend, Mildred Higgenbottom, host a pumpkin carving booth at the Harvest Festival. But Mrs. O stumbles onto a terrible crime that sets tongues wagging. Who would do such a thing in The First Church of the Evening Star and Everlasting Light?

C. IS FOR CLUES..Clues are often sprinkled throughout a good plot along with red herrings to complicate and confuse the reader. Seeking resolution to a seemingly insurmountable problem, Mrs. Odboddy sets out alone to follow a clue and subsequently becomes the victim in an even larger insurmountable problem.

E. IS FOR EXCITEMENT. Without a fair amount of drama and excitement, the reader may lose interest in a book and pick up the Wall Street Journal instead. No problem with And Then There was a Tiger. With the introduction of a carnival tiger and Mrs. Odboddy’s bizarre and wacky decisions, there is plenty of excitement to hold the reader’s attention.

S. IS FOR STRATEGY –How the protagonist in a novel uses strategy to solve the mystery is as important as the clues she finds and follows. As a home front warrior and self-appointed scourge of the underworld, Mrs. Odboddy believes her ingenuity, resourcefulness and the silver chopsticks she wears in her hair will save her from any challenging circumstance.

S. IS FOR SUSPICIONS   Plenty of suspicions, sometimes correct, more often incorrect make a good book even better. And Then There was a Tiger is certainly no exception. Mrs. O follows her head and her heart. Only by good luck and the grace of God does she survive some of the nonsense she backs herself into.


About Mrs. Odboddy -And Then There was a Tiger:
While the ‘tiger of war’ rages across the Pacific during WWII, eccentric, elderly Agnes Odboddy, ‘fights the war from the home front’. Her patriotic duties are interrupted when she becomes a suspect in the Wilkey’s Market burglary.
A traveling carnival with a live tiger joins the parishioners’ Harvest Fair at The First Church of the Evening Star and Everlasting Light. Counterfeit bills are discovered at the carnival and when the war bond money goes missing, Agnes is determined to restore her reputation and locate the money. Her attempts lead her into harm’s way when she stumbles onto a friend’s betrayal and learns even more about carnival life than she bargained for.

Elaine’s Bio:  Elaine Faber lives in Northern California with her husband and four feline companions. She is a member of Sisters in Crime, California Cat Writers, and Northern California Publishers and Authors. She volunteers at the American Cancer Society Discovery Shop. She enjoys speaking on author panels, sharing her novels. Her short stories have appeared in national magazines and multiple anthologies. All her books are available at Amazon for $3.99 in e-book

Elaine will give away a $10 Amazon gift certificate to one lucky commenter!
To enter, leave  your name and email address in the comments section!  Winner will be selected at random using random.org on August 16!