Today I am interviewing Brandon and Ophelia, the real stars of Diane A.S. Stuckart's new series, The Tarot Cats! 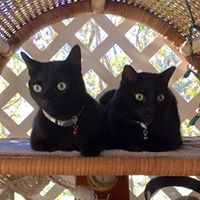 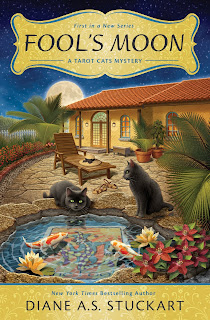 Welcome Brandon and Ophelia! Tell us a bit about yourselves.

Hi ROCCO. We are brother and sister felines almost two years old. We’re the coolest kind of cats because we’re all black (well, okay, we have a couple of white furs on our stomachs). We used to live in a place called Palm Beach but when our first human mom went to the People’s Bridge, her bad son abandoned us on the street. But a very fine human name Ruby found us and became our new mom.

How do you adjust to living with a pit bull? What do  you like/dislike about the breed?
It was pretty scary for me, Ophelia, because the first time I saw Zuki she had her face stuck in that box I was lying in when Ruby found me. She has such a big mouth I thought she was going to eat me! But once I got to know her, I found out she’s almost as clever as a cat, and very nice, too. Though she can be tough if she needs to be. She’s not afraid of street dogs at all!

Tell us about your owner, Ruby.  How did that relationship come about?
Ruby found me, Ophelia, in that awful box and brought me to the shelter place. But she didn’t leave me…she came back and took me home with her when the shelter people said it was okay. I think she needed someone to help her with reading Tarot because she’s not that good at it. You’ll have to read the book to find out how Brandon met her, Meow Out Loud!

What do you like best about Ruby? Least?
This is Brandon. I think Ruby is really nice for a human. She gives us treats when we ask and even lets us sleep on her bed. I can’t think of anything bad to say about her. Except maybe she should give us more treats.

Ophelia, tell us a bit about your expertise with Tarot Cards. How did you discover you had the gift?
Well, unless you’re human, it’s not like you have to be particularly clever to read the cards. They’re just a lot of pictures of people and animals doing things. I watch Ruby when she tells people about the cards she puts on the table, and I listen to what she says the cards mean. Ruby keeps forgetting that sometimes you need to pull extra cards if the ones on the table don’t have good pictures. So that’s what I do for her when she’s not looking. She doesn’t mind because it makes her look smart in front of her clients.

Tell us about your latest adventure, Fool’s Moon!
That was a very exciting story! It’s set in the Botanica – you humans might call it a New Age store – where people come in all day long to buy statues and incense and herbs and crystals. And get their Tarot cards read, too! In this book, we had to solve many mysteries – what really happened to our first human mom who died, where Brandon disappeared to when he escaped the box, and what happened to our other human friend who had something bad happen. And we met some new humans, too…especially this one man named Luis. He and Ruby don’t like each other a whole lot, but we’re not sure why.
But about solving mysteries…we can’t tell you all the details, but Zuki was a very big help. She showed us how to sneak out of the yard and go searching for clues, and how to escape bad street dogs who want to fight. Oh, and we didn’t mention Philomena. She is a koi – a VERY big and old fish, though she lives in a very small pond in our courtyard. We think the pond goes all the way underground to the ocean, but we’re not sure. She knows how to tell the future. That would be useful, except she does dumb fish stuff like talking in rhyme all the time, so we’re never sure what she means. But she always turns out to be right! Ruby helped a little, too, even though humans aren’t really good at solving puzzles.

What do you think of Diane A.S. Stuckart’s portrayal of you?  Is she accurate?
We think she is a clever writer, and the people who review books agree. But I (Ophelia) will tell you a secret. The real life Brandon is much brattier than Brandon in the book. And I’m the only one who helps with the writing. Brandon is usually lounging on his cat tower while Diane and I are at the computer. She would never finish a book if I weren’t there to supervise.

What would you like to say to our readers?
We really hope you like our book so that Diane can write more of them. And if you read her previous stories about Hamlet the cat who starred in the Black Cat Bookshop Mysteries, we think you’ll like our story. Hamlet hangs out with us on our Facebook page: facebook.com/blackcatmysteries and he taught us how to be good cat detectives. 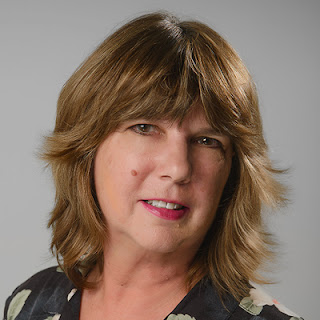 
Diane is a member of Mystery Writers of America and has served as the 2018 Chapter President of the MWA Florida chapter. In addition to her mystery writing affiliations, she’s a member of the Cat Writers’ Association and belongs to the Palm Beach County Beekeepers Association. She’s a native Texan with a degree in Journalism from the University of Oklahoma, but has been living in the West Palm Beach FL area for the past dozen or so years. She shares her “almost in the Everglades” home with her husband, dogs, cats, and a few beehives.
Photo credit James Eisele

Diane, Brandon and Ophelia will give away a signed copy of FOOL'S MOON to one lucky commenter! 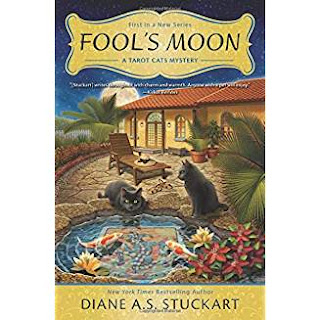 Winner will be chosen at random using random.org.  Don’t forget to mention all you’ve done in your comment. US entries only please. Contest ends midnight, November 10.  Good luck!