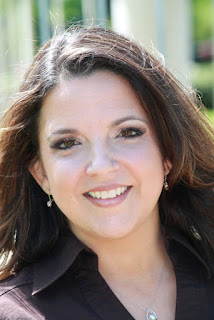 My guest today is NYT Bestselling author Donna Grant!
born and raised in Texas, her adventures have taken her throughout the United States as well as to Jamaica, Mexico, and Scotland.
Her childhood dream was to become a professional ballet dancer and study under the amazing Mikhail Baryshnikov. Though she never got to meet Baryshnikov, she did make it to New York City and performed in the Macy’s Thanksgiving Day Parade. Later, Donna’s love of the romance genre and the constant stories running through her head prompted her to sit down and write her first book. Once that book was completed, there was no turning back.
Her books include several complete series such as Druids Glen, The Shields, Royal Chronicles, Sisters of Magic, Dark Sword, Dark Warriors, and her new series, Dark Kings.
Despite the deadlines and her voracious reading, Donna still manages to keep up with her two young children, four cats, three fish, and one long haired Chihuahua.

R:  Tell us a bit about yourself and how you became interested in writing.
I’ve always been a reader.  I was never without a book from a very early age.  I’d read anything I could get my hands on, and then one day when I was only 12, I was with my mom at her work waiting to go to the dentist when I found a romance book.  She loved them, so I started reading.  And I was hooked.  I read almost exclusively romance from that day onward.

It almost seems natural that after reading so much, my mind began to craft stories of my own.  It was my husband who pushed me to give writing a try, and after that first book, written in my own office at work while pregnant with my first child, I got hooked again – this time on wanting to be an author.

R: Tell us about your new release from the Dark Warrior series, Midnight’s Warrior. What’s that about?
This is Ramsey’s book, and I’ve been dying to write his book since the moment he appeared in the Dark Sword series.  I knew he was going to be special and that he had secrets, but I didn’t know those secrets until well into the series.  And boy were they some big secrets!

MIDNIGHT’S WARRIOR is the 4th book in the Dark Warrior series that continues from the Dark Sword series.

R: Tell us about the latest release in your Shield series, A Warrior’s Heart?  How different are these two series and is there one series or character you prefer?
The Shield was the second series I ever wrote, but I always loved the characters.  When I got the rights back to the books, I re-read them, expanded on them, and revised them.  Then I got new covers done and I’ve re-released them myself.  AWH is the last book in the Shield series and features Gabriel, a man who can’t remember his past.  He fears what’s in his past, and he should, because the past is about to catch up with him.

The Dark Sword and Shield series is different because in the DW series, it’s the heroes that hold the paranormal power by having a primeval god inside them.  With the Shields, the paranormal is in the mythological creatures they fight and the Fae who help the Shields.

As much as I love the Shields, my favorite is the DW series. J

R:  Your Dark Warriors series focuses on the fiercest, sexiest warriors of Scottish legend.  How did you become interested in writing about Scottish legends? Is there a backstory to this?
Since the series begins with the Dark Sword series, it all started because I wanted to write a huge, sweeping series set in the medieval period.  I knew it had to be in Scotland (why?  Because of the Highlanders J).  Next was the question.  What if?  What if Rome didn’t leave as we’ve been told?  What if the reason there is so much speculation about the Druids is because they don’t want their true nature to be know?

Those questions continued as I put together the series.  Even when the series moved to modern times and began the Dark Warrior series, it will remain in Scotland.  I love it too much to move it anywhere else. J

R: Which of your character’s  adventures in your Dark Sword/Dark Warriors series was the most fun for you to write? Were any of them the least amount of fun?
I loved writing Hayden and Isla’s story (Untamed Highlander), and I had a lot of fun with Logan and Gwynn (Midnight’s Master), but I think my favorite to day is Charon’s book (Midnight’s Temptation – Nov 2013).  He and his heroine are some of my favorite characters ever.

R:  You and Lisa Renee Jones are hosting your first “fan convention”. How exciting is that and how did you get the idea to do somethig like this?
Lisa and I have been friends for years and always talked of hosting some kind of reader event, but there was always something that prevented it.  Then we realized we had the same release dates in the coming year, and everything just kinda fell in place after that.  We don’t write in the same genre, but we have some cross-over aspects in our books that makes it very easy to cross-promote for each other.

R:  Do you have an “how I got my agent” story you’d like to share?  How did you feel when you got the call your first novel had sold?
Oh, everyone has an agent story. J  I’d been searching for some time, and had several interested, but no one wanted to touch my historical paranormal stories.  Then, I contacted an agent I’d met several times through a mutual friend.  She read my work immediately and offered representation three days later.

She loved my work, but was really intrigued with a series idea I had called the Dark Sword.  She asked me to put together a proposal for that, which I did in less than a week. She sent it out, and a month later she called to tell me I had an offer.

I was floored.  But that was only the beginning.  She contacted the other pubs who had it to let them know I had an offer on the table.  That next morning I had a second offer.  Out of the 6 publishers it was sent to, 5 wanted it.

After all those months/years of hearing from agents that a historical paranormal story would never sell, I had all this interest.  It was so surreal, and even looking back now it’s hard to comprehend that it actually happened. J

R: What’s a must have for you when you are writing? What aids the creative process?
I’ve been writing since I was pregnant with my first child.  I’ve written with an infant in my lap and a toddler playing on the floor beside me.  I’ve written with them screaming, in utter quiet, and anything in between.  But, those kiddos are 13 and 10 now, so not sure if I could do that again. Lol

As long as I can put in my earphones and turn up my movie soundtracks (King Arthur, Thor, Immortals, Lord of the Rings, The Hobbit, etc...) I can write anywhere.

R:  If a movie were to be made of one of your books, which one would you want it to be and who would you pick for the lead roles?
Oh, that’s a hard one.  I love my Warriors (Dark Sword/Dark Warriors), but I think I might be leaning more toward my Dragon Kings from my Dark Kings series.

As for actors to play the Dragon Kings, that’s a toughie.  Chris Hemsworth is always a good bet, as is Hugh Jackman. J

R: What is one thing your readers would be most surprised to know about you?
I’m a homebody.  I prefer to stay around my house for the most part, but about once a week I’ve got to get out. J

R: What is the craziest thing you've ever done?
If I tell you, I’ll have to kill ya. :D

R: What do you hope readers will most take away from your writing?
That there is love out there, that relationships can get messy but if its love, its worth fighting for and not just walking away.
R: Where can we find out more about you and your work?
My website – www.DonnaGrant.com
Facebook – www.facebook.com/AuthorDonnaGrant

Just for Fun:
Night or Day?  Night
Dog or Cat? (answer carefully)  Cat
Beach or Pool?   Beach
Steak or salad?  steak
Favorite Drink?  French martini
Favorite Book?  Any
Favorite TV Series?  Right now Downton Abbey
Favorite Movie?  Can’t choose!
Favorite Actor:  too many to name
Favorite Actress: Kate Beckinsale
Dirty Martini or Pina Colada? Pina Colada
Hawaii or Alaska? Hawaii
Finish this sentence:  If I could meet anyone in the world, past or present, it would be a commoner from medieval Scotland.

thanks for a great interview, Donna!
Donna will give away signed copy of MIDNIGHTS MASTER to one lucky reader! Leave your name and email addy in the comments section of this blog.  Winner will be chosen at random using random.org and the contest closes on midnight, Feb 10!

for extra entries you can:
Friend me RoccoBlogger on Twitter
Friend the Human on FB
Tweet or FB about this blog/conte(3 extra entries!)

Next week:  EJ Copperman visits! Meow!
Coming up:  Miranda James, author of the Cat In the Stacks Mysteries! and Feb. 25 - Joanne Fluke and MOISHE! MEOW!

Posted by ROCCO LOTEMPIO at 3:28 AM