OF CATS AND COZIES.....PLUS SHELF GIVEAWAY! 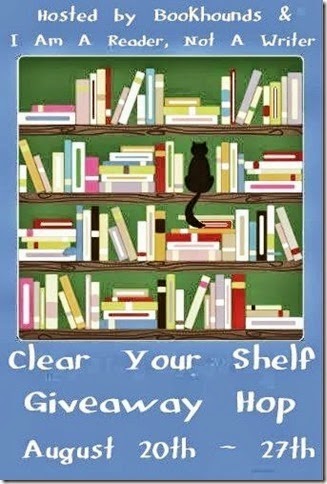 
Of Cats and Cozies…..
Most of the mysteries on my bookshelf, I confess, are cozy mysteries.  For those of you who aren’t familiar with the genre, cozies are a subgenre of crime fiction where the crime and the detection takes place in a small town.  Remember the old Murder She Wrote series? That’s a good example of a cozy.  The detectives in such stories are nearly always amateurs (cue JB Fletcher) sometimes retired lawmen or women. The majority of the detectives are of the female persuasion, and often hold jobs that bring them into contact with the other residents of their town.  More often than not they’ll have a contact on the local police force who’ll help them out with a clue or two.
The killers aren’t usually hard boiled serial killer types, and once unmasked, are most often taken into custody with little or no violence. If there is violence, it happens off-screen…no grisly murder scenes depicted in any cozies! Foul language is also kept to a minimum.  The murders are generally members of or related to someone in the town wherein the murder occurs and the motives – greed, jealousy, revenge – often are deep rooted.
Cozies frequently revolve around a theme – for example, Diane Mott Davidson’s revolves around cooking, Parnell Hall’s around crossword puzzles, Monica Ferris’ needlework…you get the idea.  Animal lovers are also well represented, as well, which brings me to my cozy mystery series, debuting in December from Berkley Prime Crime…..think Jessica Fletcher with a cat and you’ve got it! 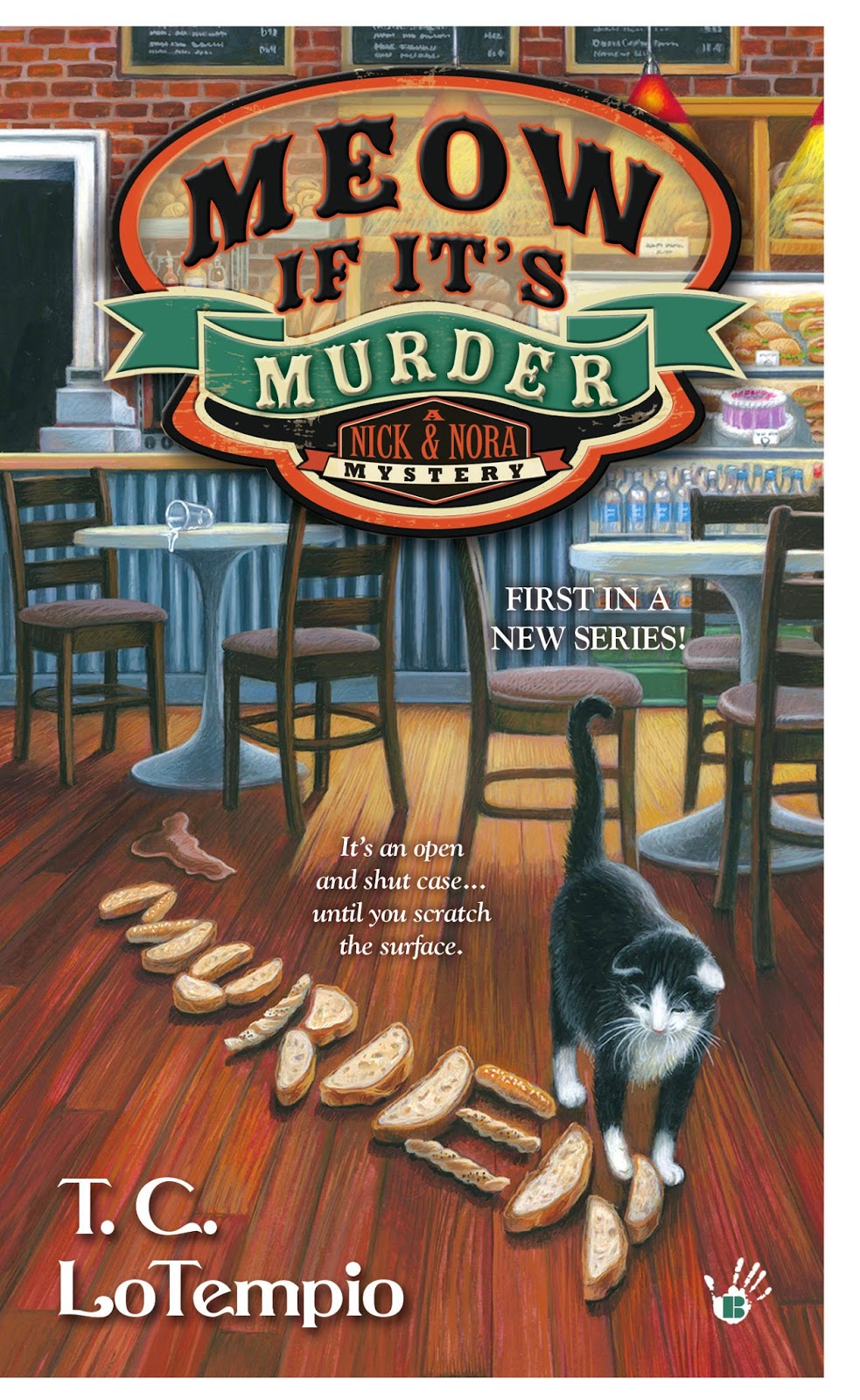 My series is the Nick and Nora mystery series.  Nora is Nora Charles, ex-crime reporter turned restaraunt entrepreneur.  She’s returned after a 12 year absence from reporting on crime in Chicago back to her hometown of Cruz, California, to take over her deceased mother’s sandwich shop.  Shortly thereafter, Nora finds a surprise waiting outside her door – a stocky, black and white cat.  She takes the cat in and names him Nick (after Nick Charles, the Thin Man, of course).  She later finds out that the cat did in fact belong to a PI, Nick Atkins, who is currently MIA – she also finds out that Nick has many talents, among them the ability to spell out words with Scrabble tiles – plus, he’s got a nose for scenting out crime.
Here’s the teaser, taken from the back of the book:
Nora Charles doesn’t believe in fate, even if she is a crime reporter who shares a name with a character from The Thin Man. In fact, she’s moving back to Cruz, California, to have a quieter life. But after finding an online magazine eager for material, and a stray cat named Nick with a talent for detection, Nora’s not just reporting crimes again. She’s uncovering them…
Back in her hometown, Nora reconnects with old friends and makes some new ones, like Nick, the charming feline who seems determined to be her cat. But not everything about Cruz is friendly. Writing for a local online magazine, Nora investigates the curious death of socialite Lola Grainger. Though it was deemed an accident, Nora suspects foul play. And it seems that her cat does too.
Apparently, Nick used to belong to a P.I. who disappeared while investigating Lola Grainger’s death. The coincidence is spooky, but not as spooky as the clues Nick spells out for her with Scrabble letters—clues that lead her down an increasingly dangerous path. Whether fate put her on this case or not, solving it will take all of Nora’s wits, and maybe a few of Nick’s nine lives.
I hope you’ll join Nick and Nora on some of their adventures, but even if a crime solving cat isn’t your cup of tea, I’m sure that there are many other cozies out there that are.  Sample the genre today – I think you’ll be very pleasantly surprised!
Want to win a selection of my favorite cozies? Leave your name and email address in the comments section, and tell us why you love cozy mysteries! If they feature cats so much the better LOL.  One winner will be chosen by random.org. Contest ends midnight, Aug. 27.  US residents only.
And don't forget to visit all the other great giveaways you can find here:
http://www.linkytools.com/basic_linky_include.aspx?id=239912"
Posted by ROCCO LOTEMPIO at 1:00 PM