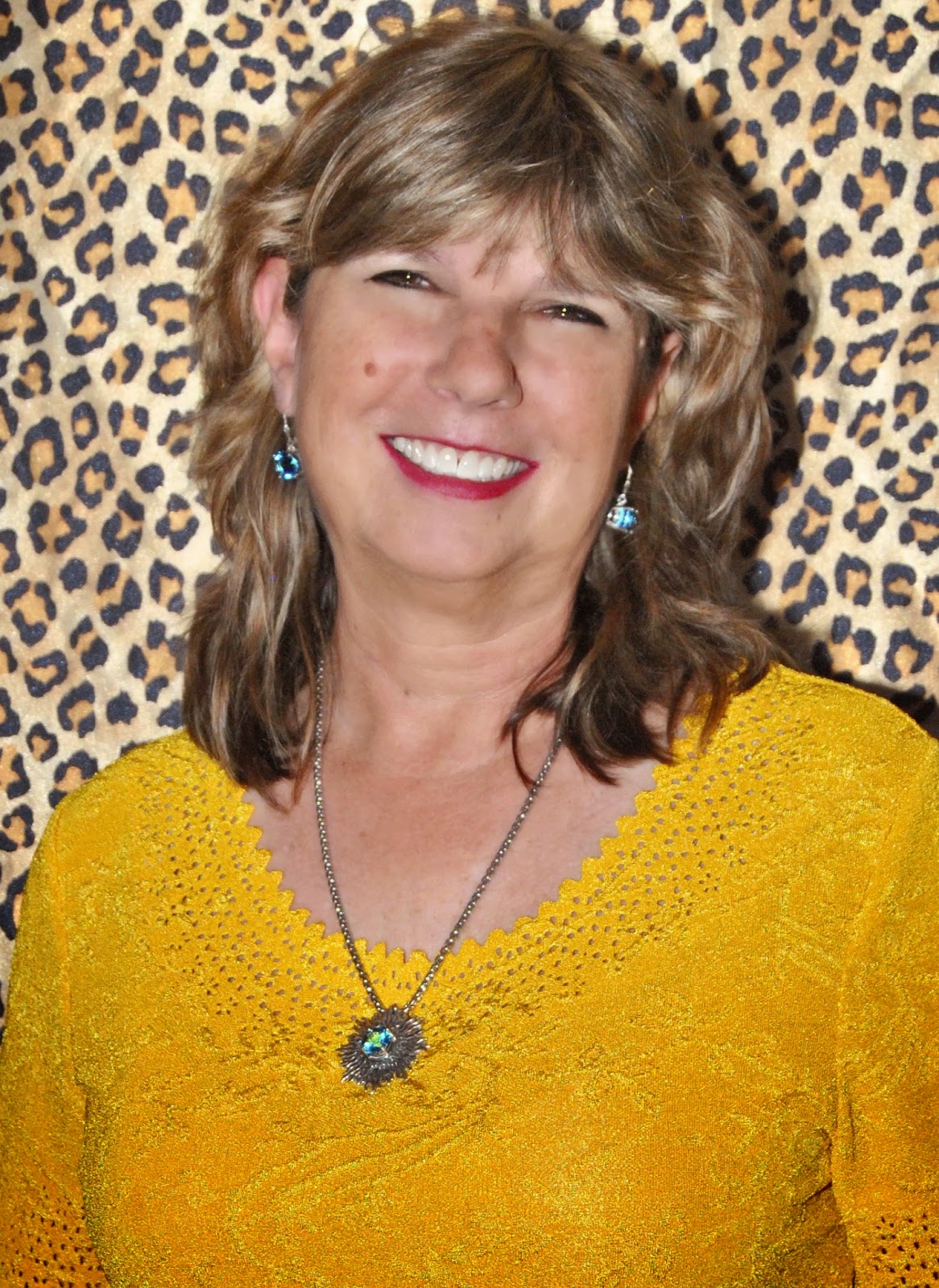 Ali Brandon is the New York Times bestselling author of the Black Cat Bookshop Mystery series from Berkley Prime Crime. Writing under her real name, Diane A.S. Stuckart, she penned the popular Leonardo da Vinci historical mystery series, which has received starred reviews from Publishers Weekly and Library Journal, as well as a Florida Book Award. A native Texan with a degree in Journalism from the University of Oklahoma, Diane a/k/a Ali now lives in South Florida. She’s a member of Mystery Writers of America and the Cat Writers Association. Visit her at www.dianestuckart.com or www.alibrandon.com. 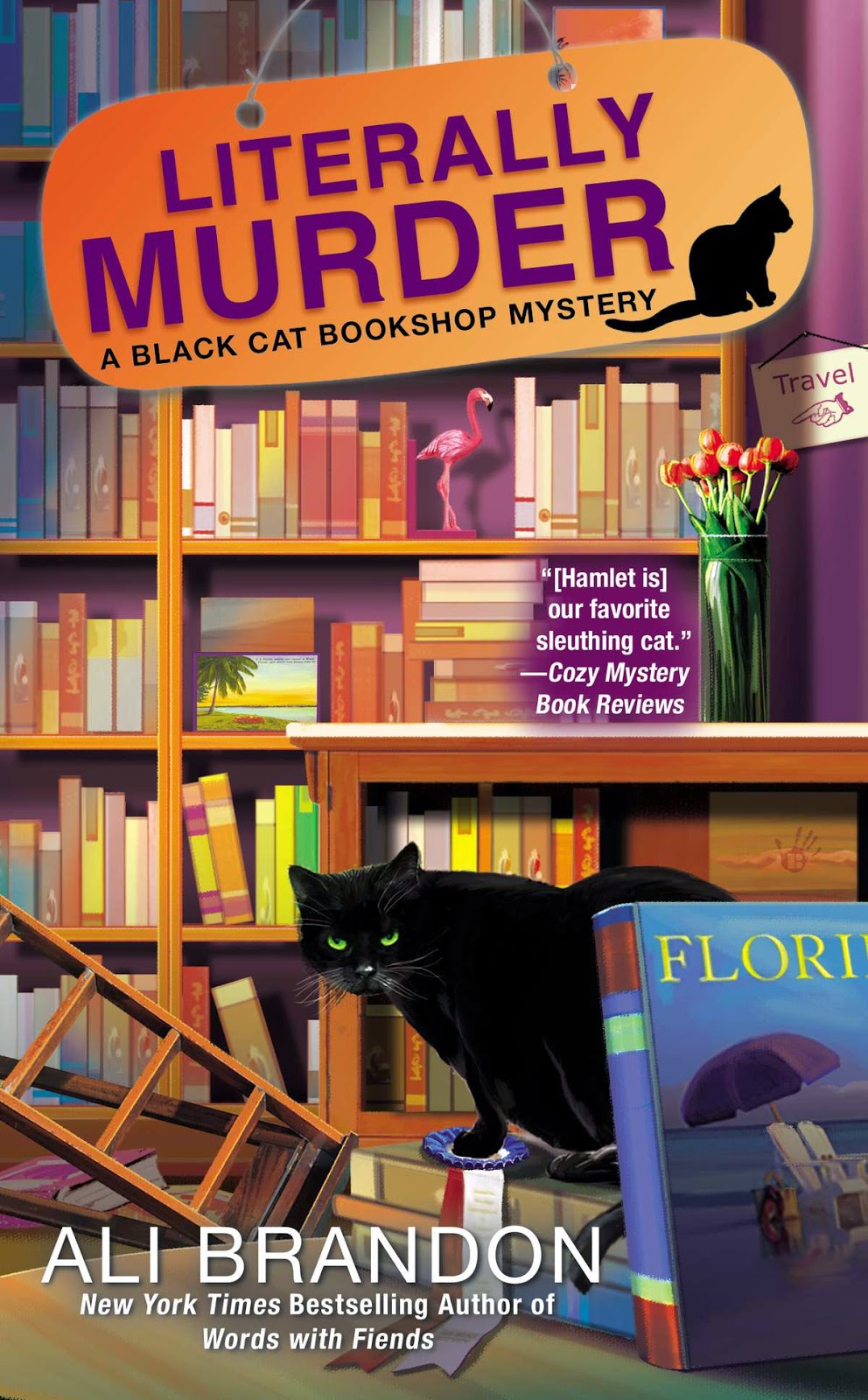 R: Welcome Ali! Tell us a bit about yourself and how you became interested in writing!


A: Hello, ROCCO, and thanks for hosting me. Like most authors, I’ve been a voracious reader almost from Day One. The writing didn’t kick in until around junior high, though, when I found out I had a knack for essays and book reports. That small success nudged me toward a spot on the student newspaper once I hit high school, where I was a feature writer for a couple of years. By the time I got to college, I’d decided to major in journalism.


The career with a major newspaper or magazine never quite happened—as a struggling newlywed, I couldn’t afford to accept the part-time, minimum wage salary at the only newspaper that made me an offer—but by then I’d decided that fiction writing was my true love. And, for the record, I’m a Texas gal, just like my protagonist, Darla Pettistone. But instead of starting over in New York, I somehow ended up in South Florida.

R:  We’ve hosted Hamlet previously, and he had some nice things to say about you!  How would you describe your working relationship with him?


A: Hamlet is the best. We work together so well, it’s almost like we share the same brain, ha ha!  (R: I feel the same way about the HUMAN, myself!)


A: The YouTube video of Hamlet doing a karate routine in WORDS WITH FIENDS has gone viral. This brings Hamlet an invitation to be guest of honor at the Feline Society of America’s championship cat show in Fort Lauderdale. Darla and Jake accompany him to Florida, but it turns out that all is not sunny in the Sunshine State. Hamlet gets catnapped, animal rights protestors cause trouble, and a very unpleasant gentleman meets a bad end. Oh, and Jake’s wacky mother happens to live in Fort Lauderdale and adds to the confusion.

R: Is “Hamlet” modeled after any cat in particular?


A: In appearance and name, Hamlet is an homage to my original editor’s dearly departed Hammy. But he’s actually a composite of many cats I’ve known over the years – though his book snagging talent is his, alone.

R: As Diane AS Stuckart, you write other mysteries. Can you tell us about those?


A: I also wrote the Leonardo da Vinci mystery series for Berkley Prime Crime. It featured a 30-year-old Leonardo as a dashing Renaissance sleuth. Unfortunately, the series was cancelled after three books, which is sad because I have another three-book story arc to tell about him and his apprentice, Delfina. Currently, I’m republishing on Kindle five of my vintage historical romances, all of which have strong mystery elements (and dead bodies!) along with the romance.


R:  How did you feel when you got the call your first novel had sold?


A: Somewhere between Thank you! Thank you! and It’s about darned time!


A: Plenty of Diet Coke and water, and lots of white noise. But NO music.


R: If you had access to a time machine, which historical moment would you travel to and why?


A: What moment would I NOT want to travel to? I think, for the sake of setting the historical record straight—and because I was a child in Dallas when it happened—I’d arrange to be at the School Book Depository at the time of Kennedy’s assassination to find out for sure if Oswald really did it.


A: That I have three tattoos.


A: I’m really pretty boring when you get down to it. Here’s my one lapse into being a bad girl. Back in high school, after a late night showing of the movie, Logan’s Run, I helped a friend swipe the giant cardboard hand that was on display out in the lobby. No clue what she did with the silly thing afterward.


R: What do you hope readers will most take away from your writing?
A: If I’ve made them laugh or cry or shake their heads in agreement—maybe even all three—then I’ve done my job


A: Nothing but pants for me.


A: Read. Write. Repeat. And, attend writers’ conferences, join writers’ organizations…and, in general, mingle with and learn from other authors.


Dog or Cat? (answer carefully)  Both!


Favorite Book?  Anything by Barbara Michaels


Favorite Movie?  Gone With the Wind


Finish this sentence:  If I could meet anyone in the world, past or present, it would be __Abraham Lincoln_____


If I could trade places with anyone in the world, it would be __with any great violinist_____

Thanks for a great interview, Ali!  Folks you can find Ali (and her alter ego, Diane A.S. Stuckart) at:

LITERALLY MURDER, the fourth entry in the popular Black Cat Bookshop mystery series, is in stores Tuesday!  Order your copy now! You won't want to miss this series!

Ali Brandon will give away a signed copy of LITERALLY MURDER to one lucky commenter! To enter, leave your name and email address in the comments section below. For extra entries, you can:


Tweet or mention this blog and contest (extra 3 entries)

Don’t forget to mention all you’ve done in your post so you get credit! Winner will be chosen at random by random.org. Contest closes midnight, October 5! US residents only. Good luck!
Posted by ROCCO LOTEMPIO at 7:50 AM