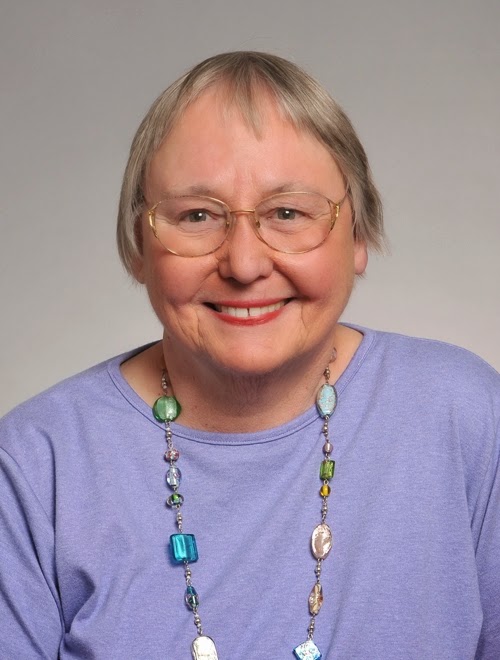 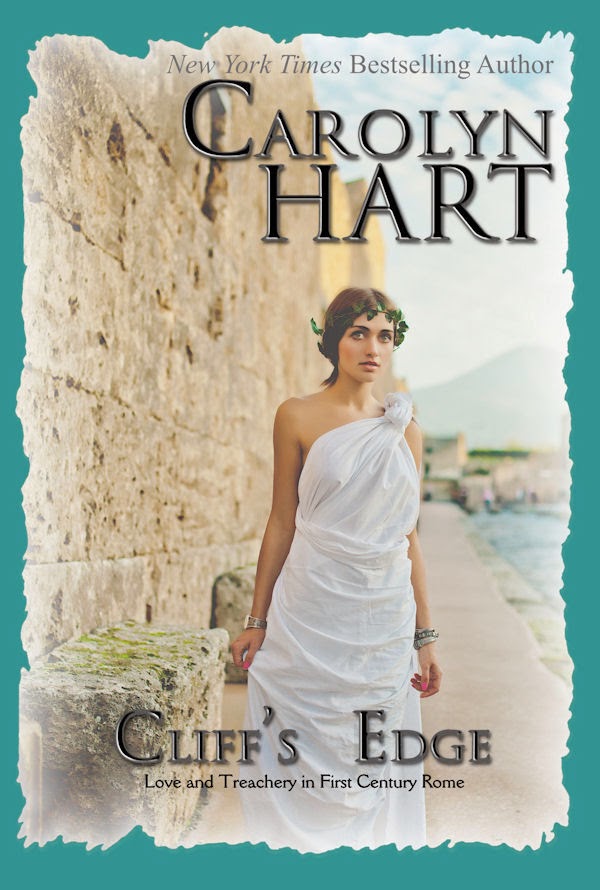 Carolyn Hart is the author of 55 novels. Her most recent titles are CLIFF'S EDGE and DEATH AT THE DOOR. Her 56th - GHOST WANTED, sixth in the Bailey Ruth ghost series - will be published in October. DON'T GO HOME, her 57th novel and 25th in the Death on Demand series, will be published in May.

LETTER FROM HOME, a stand alone novel set in Oklahoma, was published by Berkley in 2003. Gretchen Gilman is 13 in the summer of 1944 and working on the small town newspaper. Murder occurs on the street where she lives, changing her life forever. LETTER FROM HOME was nominated for the Pulitzer Prize by the Oklahoma Center for Poets and Writers at Oklahoma State University Tulsa. Letter from Home won the Agatha for Best Mystery Novel of 2003 and was a New York Times notable book.

Hart was one of ten mystery authors featured at the National Book Festival on the Mall in Washington D.C. in 2003 and again in 2007. In March 2004 she received the Arrell Gibson Lifetime Achievement Award from the Oklahoma Center for the Book. She has twice won the annual Oklahoma Book Award for best novel. In April 2004 she spoke at the Library of Congress in Washington D.C. on mysteries in American culture. She received the Ridley Pearson Award at Murder in Grove, Boise, Idaho, in 2005 for significant contributions to the mystery field. She has received the Lifetime Achievement Award and the Amelia Award from Malice Domestic. In 2014, she was named a Grand Master by the Mystery Writers of America.

Hart is a native of Oklahoma City, a Phi Beta Kappa journalism graduate of the University of Oklahoma, and a former president of Sisters in Crime. She is also a member of Authors Guild, Sisters in Crime, Mystery Writers of America, the International Crime Writers Association, the International Thrillers Association, and the American Crime Writers League. She taught professional writing in the University of Oklahoma School of Journalism from 1982-85. She is the author of 49 mysteries, winner of three Agatha Awards for Best Novel, two Anthonys and two Macavitys.
And now...here's Carolyn!
R: Welcome! Tell us a bit about yourself and how you became interested in writing!
I was a child during WWII and soon realized the importance of newspapers. I decided to be a reporter when I grew up. I worked on school newspapers and majored n journalism at the University of Oklahoma. I worked briefly as a reporter. After marrying and becoming I stay at home mom,I turned to fiction. I read mysteries and suspense and that’s what I wrote.
R:  Tell us about your Death on Demand series. Is the character of Annie based on anyone in particular?
The books are traditional mysteries set in a mystery bookstore which gives me the pleasure of talking about old and new mysteries. Annie is inspired by my daughter, Sarah, who always does her best and who loves to laugh.
R: Is the cat in the DD series based on a particular animal you were fond of?
Yes. Blackie was an elegant, intelligent, imperious cat and I adored her.
R: What was it like to receive the “Grand Masters” award at the Edgars Dinner? Amazing. It was an honor I never expected to receive and I will always remember that evening as perfect in every way.
R: Tell us about your latest release!
Actually I have two new books. Cliff’s Edge was released Aug. 8. I wrote it many years ago but it has just now been published in trade paperback and e-book by Oconee Spirit Press, a small press. It is a novel of love and treachery set in first century Rome. Ghost Wanted, the fifth in the Bailey Ruth series, will be published Oct. 7 in hardcover by Berkley. Bailey Ruth is a fun-loving redheaded ghost who returns to earth to help people in trouble. This time there dire deed occur at the college library. Bailey Ruth solves a murder and fans the flames of an old love affair and a new one..
R:  Do you have an “how I got my agent” story you’d like to share?
I have been with my agent for 25 years and she was recommended by an editor. I love her dearly.
How did you feel when you got the call your first novel had sold?
I wrote a mystery for girls’ and it won a contest to be published. It was a very exciting event for me.
R: What’s a must have for you when you are writing?
Chocolate.
What aids the creative process?
Walking in the park.
R: If you had access to a time machine, which historical moment would you travel to and why?
Whern Gutenberg invented movable type. Because it changed the world.
R: What is one thing your readers would be most surprised to know about you?
There are three items always in my refrigerator, freshly cut fruit, Monterrey jack jalapeno cheese, and skim milk.
R: What is the craziest thing you've ever done?
Snuck out of my house in the middle of the night when I was about ten and walked a block to a friend’s house and opened the back door, then decided, hey, everybody’s asleep, I better go home.
R: What do you hope readers will most take away from your writing?
Goodness matters.
R: What are you working on at the moment / next?
I am in the middle of Bailey Ruth’s fall 2015 adventure.
R: Are you a plotter or a pantser?
I do not outline. Wish I could. Not smart enough. What happens, happens.
R: Do you have any advice for beginning writers?
1/You must be willing to fail if you ever want to succeed. 2/ If you don’t ask, no one can ever say yes.
Thanks for a great interview, Carolyn!
Carolyn will offer a signed copy of Cliff’s Edge and a signed copy of Ghost Wanted and of Death at the Door to one lucky commenter! 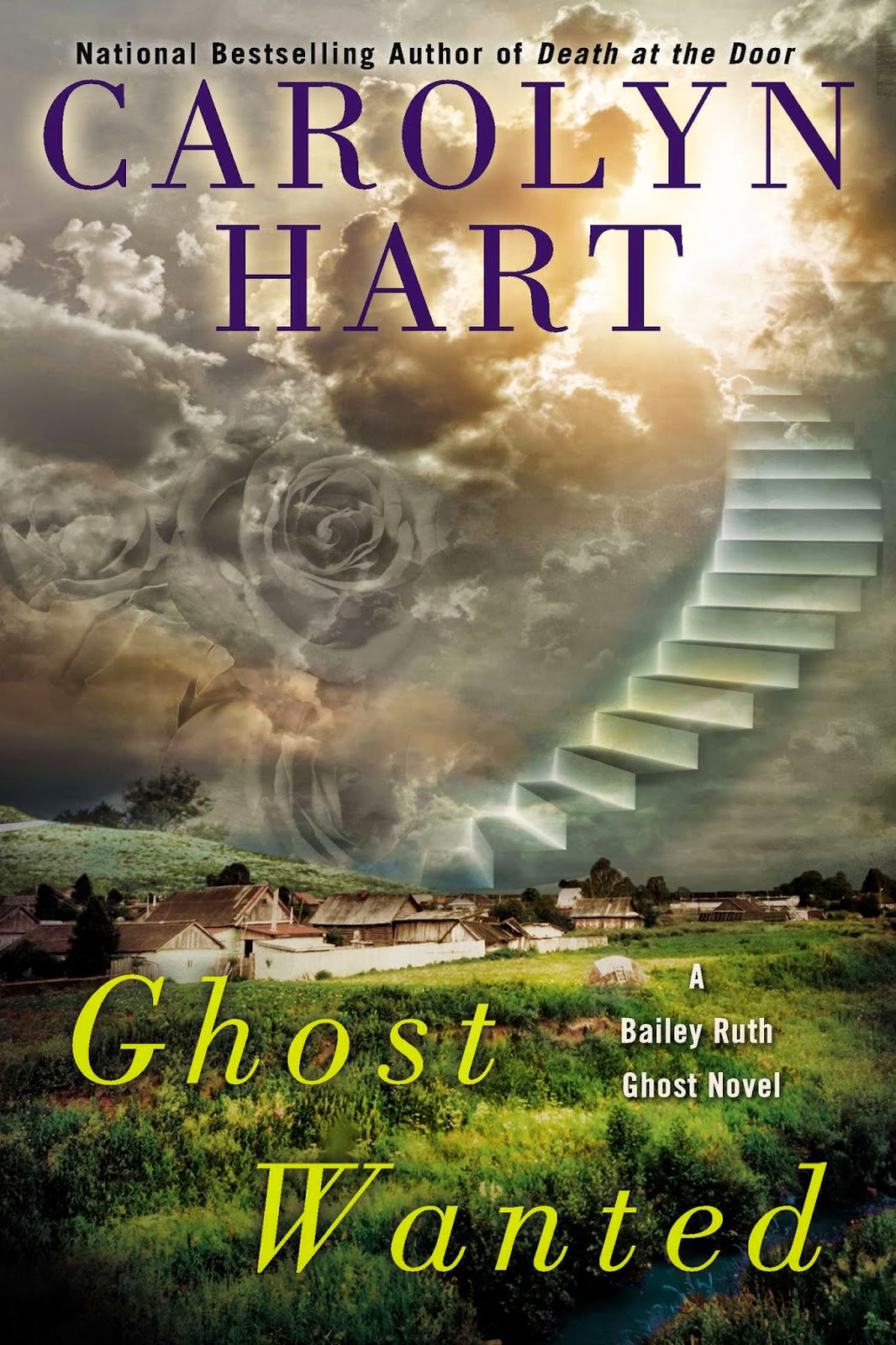