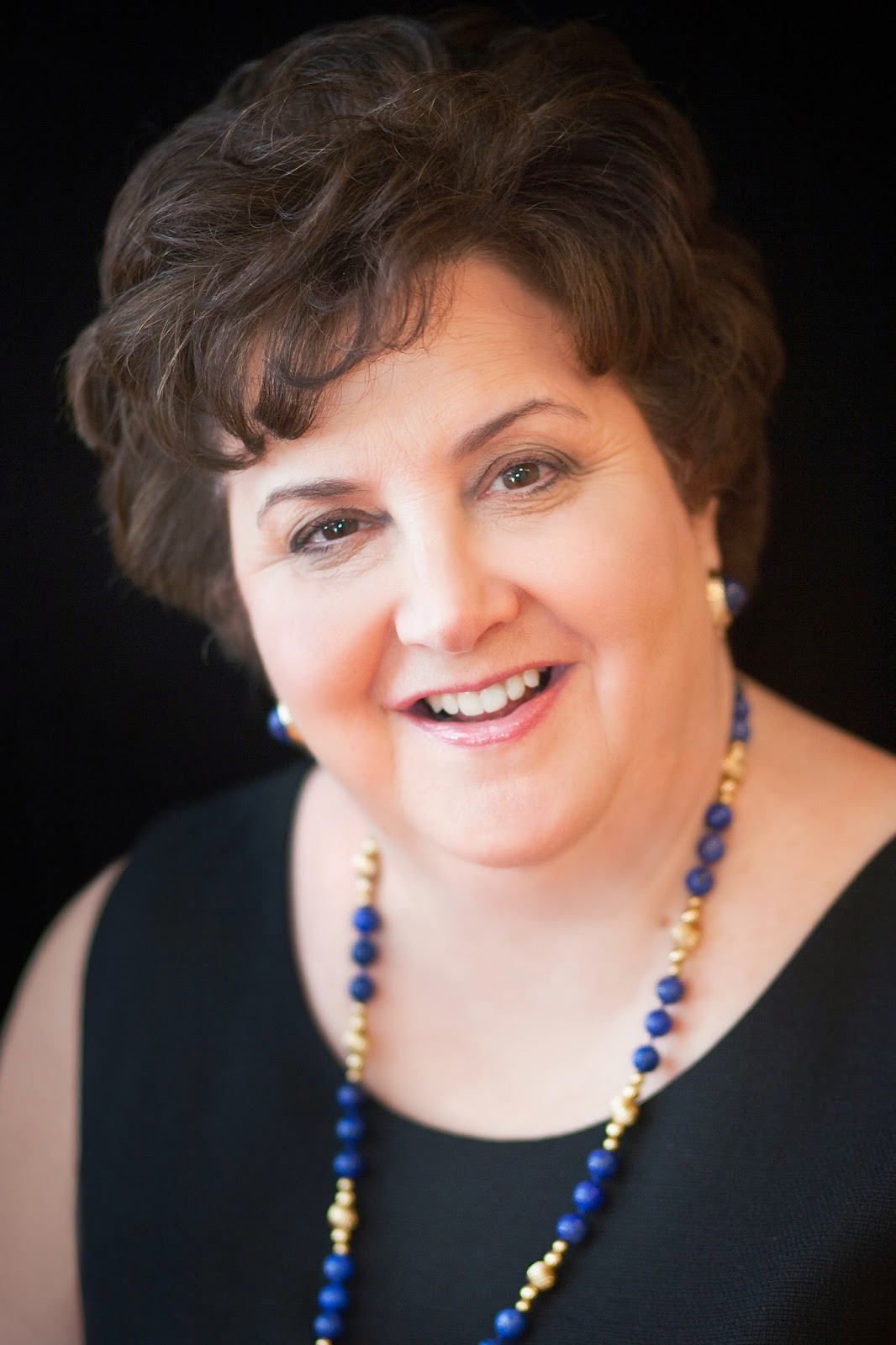 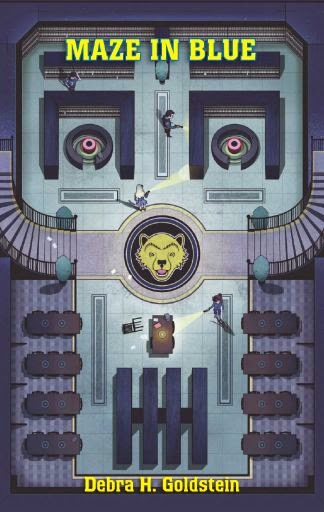 Judge, author, litigator, wife, step-mom, mother of twins, civic volunteer, and transplanted Yankee are all words used to describe Debra H. Goldstein.  Her writings are equally diverse. Maze in Blue, her debut novel, received a 2012 Independent Book Publisher (IPPY) Award and was reissued as a May 2014 selection by Harlequin Worldwide Mysteries.

Her published and award winning short stories and non-fiction essays include Thanksgiving in Moderation, Who Dat? Dat the Indian Chief!, Legal Magic, Malicious Mischief, Grandma’s Garden, The Rabbi’s Wife Stayed Home, and Maybe I Should Hug You.  She lives in Alabama with her husband, whose blood runs crimson.

·       Welcome Debra! Tell us a little about your background

After graduating from the University of Michigan, I went to New York with two goals:  obtaining a job in publishing and getting on Jeopardy.  In case things didn’t work out, I also applied to attend law school.  Although I accomplished my goals, I opted to attend Emory University’s School of Law.  I specialized in labor litigation and after trying an equal pay case of first impression, Marshall vs. Georgia Southwestern, was appointed as one of the youngest federal Administrative Law Judges in the country. Juggling marriage, raising four children, and working put writing, except for boring legal pieces, on the back burner until 2009 when friends dragged me to the Alabama Writers Conference and challenged me to write creatively.  In 2010, an essay, Maybe I Should Hug You, won an AWC award and was published as More Hugs Less Fear by MORE Magazine online and I signed a book contract for Maze in Blue, a mystery set on the University of Michigan’s campus in the 1970’s.

Harlequin Worldwide Mystery re-issued my 2012 IPPY Award winning book, Maze in Blue, as a featured May 2014 selection ( http://www.harlequin.com/storeitem.html?iid=51770 ) . For the past year, I have focused on writing short stories.  The most recent pieces will be included in The Killer Wore Cranberry: a Fourth Meal of Mayhem and Bake, Love Write (September/October 2014).  Other stories have appeared in the short story anthologies Mardi Gras Murder and It Was a Dark and Stormy Night and in periodicals that include The Birmingham Arts Journal, Mysterical-E, Bethlehem Writers Roundtable, and Alalit.com.  I am shopping a new manuscript, Should Have Played Poker:  a Carrie Martin and the Mah Jongg Players Mystery.

·       How do you “get to know” your characters before and while you’re writing the books?

I begin a book by making sketchy notes about each character and assigning the character a name. The name may change several times as I start writing dialogue and the character talks to me.  As I write, the voices of the characters in my head, tell me how far off I am from truly knowing their respective personalities and quirks.  If I don’t give in to what a character says, I find my writing becomes flat or non-existent.

Once a character’s voice or name catches my attention, the beginning and the end of the plot usually comes to me.  I jot down a rough plot outline that captures the beginning and end of the book or story, but that is no more than a word or two for the middle chapters. At that point, I keep the general plotline in my head, but start writing by the seat of my pants and the voices of the characters.

·       What is the biggest challenge you’ve faced as a writer and what inspires you and keeps you motivated?

Rocco, for me, the greatest challenge has been finding time to write.  I first put it off because of family and work obligations and then hid behind promotion and business related responsibilities after Maze in Blue was published. The result was that I wrote in spurts.  My best writing was done on vacations at the beach or anywhere I could sit and look at water.  Once I acknowledged that writing is the passion that truly fulfills me, I knew I had to get a better grasp on my time.  This past year, I stepped down from the bench to write.  It was a liberating, exciting, and frightening time.  Now, with all of the activities I am doing, I don’t know how I ever worked and wrote.  I wake up every day inspired and motivated to write, but my biggest challenge still is finding time to write – although I now do it even if I don’t have a water view.

·       You are also a judge – how has that career aided you in writing mysteries?

Judges have to listen carefully and evaluate credibility.  Although I never steal exact fact patterns or names from the cases I heard, my writing does reflect elements of the different types of people who came before me.  My subconscious filed their voices, expressions, and actions away, so I pull from there to give my writing a credible feel.  I also use the analytical skills I developed as a lawyer and judge to help me craft tighter plots.

·       You mention in your bio you moved to NY to try and get on Jeopardy – were you successful and if so, what was that like?

Successfully being a contestant on Jeopardy was one of the high points of my time in New York.  Being twenty-one and fresh out of college, I had no fear when I went to New York.  Consequently, when I went through the try-out testing for Jeopardy, I didn’t second guess myself or let myself be intimidated by the other people who were trying out.  When the show was taped, I was so gung-ho running a category before the first commercial that one of the show people actually told me “Smile, we’re giving you the money.”  Although I lost based upon the outcome of the final Jeopardy question (at least the contestant who beat me ended up being a five day champion), I would do Jeopardy again in a heartbeat.

·       What are you working on now and what are your future writing plans?

I recently completed the manuscript for Should Have Played Poker:  a Carrie Martin and the Mah Jongg Group Mystery; so, I am looking for a home for the book.  In addition to writing short stories in spurts, I have begun writing a more traditional mystery/women’s novel.

·       What is a typical workday for you and how many hours a day (or week) do you devote to writing?

Sadly, I don’t have a typical workday.  I work in spurts.  At least once every two weeks, I focus on writing my personal every other Monday blog, “It’s Not Always a Mystery” (http://debrahgoldstein.wordpress.com ) and my blogs that are published on the 2nd and 4th Fridays for The Stiletto Gang (http://thestilettogang.blogspot.com/ ). Once I start writing, whether to a short story competition prompt or because I have an idea that has come to me from something I’ve seen, read, or heard, I simply write until the first draft is completed.  Consequently, I can write for 8-10 hours one day and not write anything the next.  I have yet to find a set time to be creative.

·       If you could take only three books with you for a year-long writing retreat in a gorgeous setting with no library, which three would you take?

A blank notebook that I could fill up, American Poetry and Prose, and either a Cherry Ames book or Damned if You Do, Damned If you Don’t.

Give in to your passion and write.  Whether you write on a daily basis or in spurts, you need to write, have the confidence to share your work with others, listen and grow from criticism, and be willing to rewrite and rewrite realizing that even your published works will never be perfect.

My friends and family will tell you that I’m always coming up with something crazy to do, but it still surprised them when I walked away from being a judge to take a chance on writing.  To me, it was a logical decision that I carefully made.  Going to New York two days after graduation fully confident that I would get a publishing job and be accepted as a Jeopardy contestant was the craziest thing I’ve ever done.  Looking back, I now realize how improbable my chances of success were….but then it seemed so natural, and it was.

·       What’s one thing your readers would be surprised to find out about you?

Because my sense of humor comes through in my writing and speaking engagements, my readers would be surprised to find out that I am shy.

·       What question do you wish interviewers would ask you? (And what’s the answer?)

Do you believe life is planned or spontaneous?  I believe that people come into our lives and things happen for a reason, but that we each must be spontaneous in our reactions and that we have an obligation to help others without seeking reward or recognition.

Favorite TV Series – Depends on the week, but this week it is a tie between NCIS and Property Brothers.

Favorite Actor:  Depends on when – I enjoy watching old movies and loved Rock Hudson in Giant and Magnificent Obsession, but today, depending upon their roles, I look for movies with Brad Pitt and George Clooney.

Dirty Martini or Pina Colada?  Pina Colada  (sure I can’t have my coca-cola?)

Finish this sentence:  If I could meet anyone in the world, past or present, it would be ______ Golda Meir.

If I had just one wish, it would be____ world peace, oh, wait a minute, that’s the Sandra Bullock influence….probably happy and successful lives for my children.

If I could trade places with anyone in the world, it would be _____  my kids, who don’t know how good they’ve got it.

List all the places readers can fine you:  (see answer given above)

Debra will be glad to offer two random giveaways to people who leave comments – 1) a print copy of the Harlequin version of Maze in Blue and 2) to a second winner, a print copy of The Killer Wore Cranberry:  a Fourth Meal of Mayhem.

To enter, leave your comment and email address in the comments section of this blog.  Please mention which book you would like to receive.  Winner will be selected by random.org. Contest closes midnight, October 8!

For extra entries, you can do any or all of the below:

Posted by ROCCO LOTEMPIO at 5:50 AM