Capping off my blogaversary – a post by the Human’s agent, Josh Getzler! 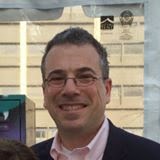 A Cozy Proposal  (Originally posted on Hey, there’s a Dead Guy in the Living Room)


I was talking to The Redoubtable Danielle this afternoon, not long after she got back to the office after having coffee with an editor from one of the bigger publishers out there. This editor had passed on one of Danielle’s submissions, a cozy mystery where the amateur sleuth is a sommelier, because it was too edgy. Danielle was frustrated—not so much at the editor, who liked the book (with good reason—it’s excellent!); but at the prevailing sense that the ability to sell these kinds of books is more and more difficult, and the requirements more and more specific.


“She told me that the only cozies she can sell are with crafts and knitting and cats and polite murders in book clubs,” she said.


NOTE! Before my successful cozy clients think that we are disparaging them: We are NOT. We love you. We sell you. You succeed. We are talking here about having the ability to expand what’s acceptable to be able to give readers a wider variety of books to read, so the market as a whole grows and there’s a bigger total readership for your books too. (Toni, we really do love you J) (ROCCO:  It would appear the human’s been singled out, LOL.  Speaks quite well for Nick and Nora!)


Now mind you, cozies are only one type of crime fiction, as I’ve discussed before, and so have any number of other bloggers here on Hey Dead Guy. Terri Bischoff, whom I love and who publishes at this time four series I represent, just gave a very spot-on description of cozies this weekend, and is talking about other kinds of mysteries this coming week. There are procedurals, historicals, noirs (though, as my former colleague Dan Conaway told me many years ago, “noir will break your heart.”), and novels that don’t quite hit a formula head on.


But there are certain publishers, with particular imprints, that specialize in the cozies (many of which are mass-market paperbacks, and now many of which are e-first), and which, if you look at their New Release shelves at B&N, are indeed publishing one croissant-baker series after another carpentry series after a third driving school series (none of which are necessarily real series, but all plausible). They take place in small towns (a driving school mystery in, say, Boston would be too edgy, but not in Missoula), and they are comfortable.


Much of the time, they are also good. Again, that’s not my issue. My issue is that I think we’re glutting the market, and that cozy readers are going to become, frankly, bored.


So Danielle and I—after bemoaning the pass—started to spitball what would work, and here’s what we came up with.


We think there needs to be a chick lit for cozies—younger, more urban, maybe slightly sexier, maybe at times with greater darkness—aimed at the same market romance publishers were working toward with New Adult. We can call them the Hunger Games/50 Shades On The Subway readers (and yes, while it’s sort of funny to put those two together, they were the dominant books of that market for the past couple of years). It would allow for the post-grad-school sommelier solving a murder in Napa, or the actress in her first Broadway play whose rival falls off the rigging (did the hot stagehand do it?) or the young woman doing teach for America who has to deal with the disappearance of one of her students.


We feel like there is a model here that can work. We’re not trying to reinvent the industry. Just keep it from being wrapped in yarn.


One final word:  Again, please understand that this is NOT a screed against cozies. Far from it. It’s a plea for our creative colleagues on the Buy Side to break out of the box. Not a huge amount—just a little! But it could really make a difference.

We couldn't agree more, Josh! How about a cozy about a vampire winery...we're just sayin'  :)
Tuesday: Christine Husom visits the blog! Meow.
Posted by ROCCO LOTEMPIO at 7:26 AM