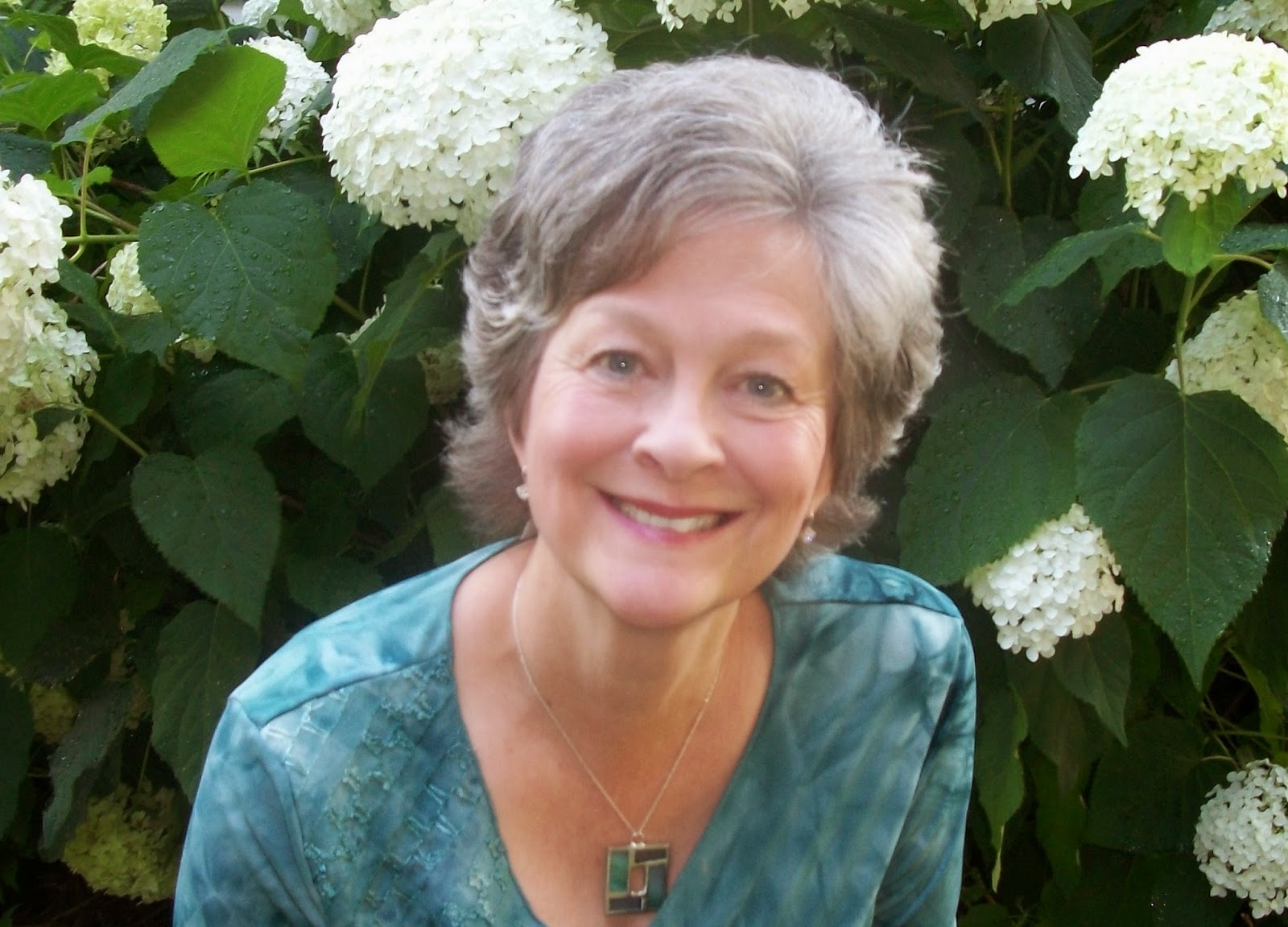 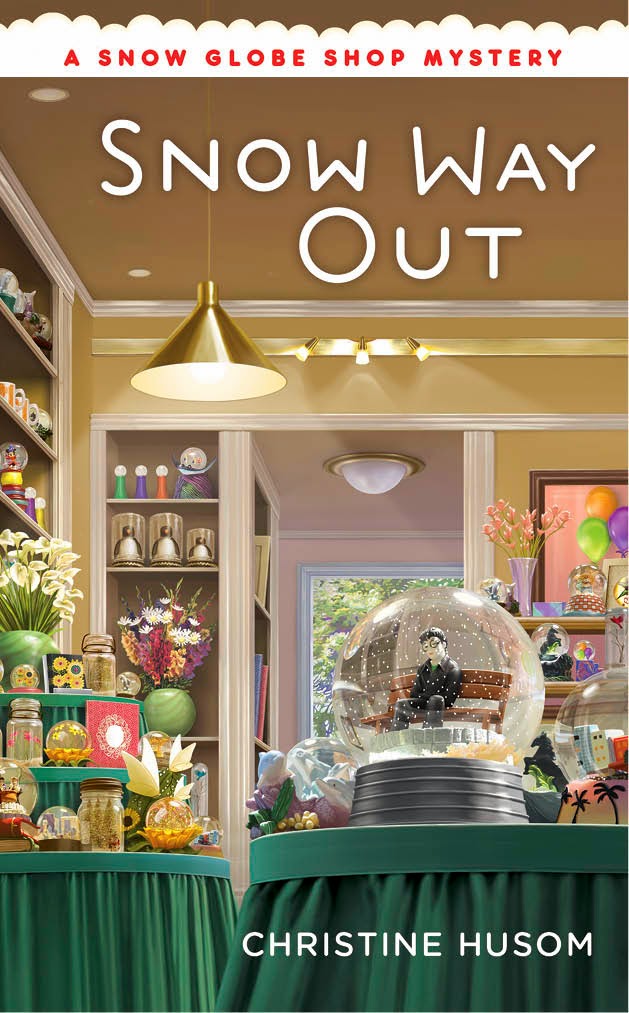 A long-time mystery lover, Christine Husom served with the Wright County Sheriff’s Department and trained with the St. Paul Police Department where she gained firsthand knowledge of law enforcement policies and procedures. She is the author of the Winnebago County Mysteries and Snow Globe Shop Mysteries. She wrote a collaborative novel, Rubicon Ranch, with eight other authors, has stories in four anthologies, and co-edited Festival of Crime for Nodin Press. She was nominated for the Minnesota Book Award in 2010 and 2012. Husom is a member of Mystery Writers of America, the National Sisters in Crime, and active with the Twin Cities Sisters in Crime.

R:  Welcome Chris! Tell us a bit about yourself and how you became interested in writing.


I started creating stories before I could read. What a joy it was at age six to learn how to write so I could put my stories on paper. I’ve always considered myself a writer, even when I am not actively writing.

R: Tell us about your new snow globe mystery series.  How did you decide on that for a setting?


John Talbot, the man who became my agent was looking for an author to write a series set in a snow globe shop in Minnesota. I was the fortunate writer he chose to develop the series.


Camryn Brooks is the protagonist in the new series. She had a successful career as a senator’s legislative affairs director in Washington D.C., and thought she’d be working there forever. But a scandal changed her career path and she returned to her hometown of Brooks Landing in a hurry. Her parents are glad she’s back because they need help running Curio Finds, a shop that specializes in snow globes from around the world.


Cami’s biological parents died when she was five, and she was adopted by her aunt and uncle. It was a bit of a shock to her young, only child system to suddenly be part of a large family. Cami feels her biological parents—especially her mother—are always close in spirit, and believe they leave pennies from heaven for her from time to time.


Cami is intelligent, driven, has a keen sense of justice, a need to uncover truth, and a deep loyalty for her family and friends. When she was falsely accused of the indiscretion in Washington, she didn’t let it take her down because she—and the people who matter most to her—know the truth, and that’s what counts.


When Snow Way Out opens, Jerrell Powers, a man that had wreaked havoc in Brooks Landing a few years before has returned to town. And Erin was one of his victims. Cami and Pinky are getting ready for a snow globe making class that evening, and they’re also wondering what Erin will do if she runs into her nemesis. What they have no way of knowing is the role Jerrell Powers will play in the evening’s events or how the night will end after the class is over.


This is a snippet from the back cover, “After the flurry of activity has ended and everyone has gone off with their handmade snow globes, Cami spots on a shelf a new globe left behind, featuring an odd tableau—a man sleeping on a park bench. On her way home, she drifts through the town park and is shaken to come upon the scene from the globe—a man sitting on a bench. But he isn’t sleeping—he has a knife in his back.”

R: You also write the Winnebago County mystery series. Tell us a bit about those.


I worked as a corrections officer and deputy sheriff for Wright County, the real setting of fictional Winnebago County, Minnesota. Sergeant Corinne “Corky” Aleckson is the young protagonist and works closely with her older friend and mentor Detective Elton “Smoke” Dawes on the cases. The first three books are based on actual incidents. There is mystery, murder, thrills, romance, and humor—something for everyone in the stories.


R:  Do you have an “how I got my agent” story you’d like to share?  How did you feel when you got the call your first novel had sold?


I consider it serendipitous that John Talbot of the Talbot Fortune Agency found me by contacting the Twin Cities Sisters in Crime organization I belong to. I developed the proposed series and wrote a synopsis for the first three books, along with some other requested information. On the day I took office as Wright County Commissioner, I was walking into the courthouse when I got a call from John saying he had sold the series to Penguin House through Editor Michelle Vega. What a day!


I love it when I have a day free of other commitments and distractions so I can focus on writing. Writing is both a joy and a challenge. At times I find it relaxing and other times nerve-wracking. It helps if I set a goal, such as I need to write 1,000 or 2,000 or 3,000 words. I work well under pressure, so being behind schedule usually jump starts my brain and gets the creative juices flowing. Thinking about my characters and elements of the story when I’m working on other tasks helps speed the process when I sit down to write.


There are so many. I think of the Lincoln delivering the Gettysburg Address at the Soldiers Cemetery in 1863. His 272 words are amazing and I would have loved to have heard him deliver them. Another was when Jesus was in the upper room with His disciples at the Last Supper. It seems that would have been a very powerful experience, even if they didn’t fully comprehend what was truly happening, or was about to take place.


Iwent through the St. Paul, Minnesota Police Academy when I was 49 years old. God, family support, and weekly massages are what got me through the five grueling months. Not quite boot camp, but close enough.


had five babies in six years.


My deepest wish is they will feel like they personally know the characters and enjoy spending time with them. I also want them to leave their workaday world, get caught up in the storyline and the unfolding mystery as the plot progresses, be entertained, and hopefully learn something new.


I am wrapping up Book #2 of the Snow Globe Shop Mysteries, and will then get back to The Secret in Whitetail Lake, the 6th in the Winnebago Series. I had hoped to have that out this past fall, but life threw me a number of curve balls in 2014 and put me behind.


A pantser, as much as I’ve tried to plot. When I create a story, I know the beginning, ending and some key plot points, but from there it’s a fun, sometimes frustrating ride filled with surprises along the way.


R: What do you do when you’re not writing? Any hobbies or party tricks? :)


I have a husband, 4 (2 married) adult children, 7 grandchildren, and I love making dinner for them every other Sunday so we can all be together. My job as commissioner takes much of my time, and I also do a fair amount of volunteer work. I enjoy talking with other writers, participating in author events, working out, and many, many more things. I should think up a great party trick.


Read a variety of genres, take classes on writing to hone your skills, talk to other writers and share information on writing habits and tips, attend a conference, perhaps join a writers group. Sisters in Crime has been a great support group for me. But most importantly, be diligent, write what you love, and don’t give up.


Steak or salad?  Steak and salad


Favorite TV Series? Cold Case (why did they cancel it?)


Favorite Movie? I love all the old classics, but I’ll say In the Line of Fire


Favorite Actress: Tough one, but I’ll go with Grace Kelly


Dirty Martini or Pina Colada? May I say Corona instead?


Hawaii or Alaska? Alaska, but I haven’t been there yet.


Finish this sentence:  If I could meet anyone in the world, past or present, it would be Jesus


If I had just one wish, it would be that my children and grandchildren live happy, productive lives and be good examples.


If I could trade places with anyone in the world, I wouldn’t. The person I choose might not like the trade!

Chris will give away a copy of

SNOW WAY OUT to one lucky commenter!

Posted by ROCCO LOTEMPIO at 3:18 AM