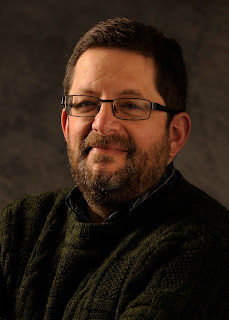 R.J. Koreto has been fascinated by the Edwardian era ever since viewing the original “Upstairs, Downstairs” series.

In his day job, he works as a business and financial journalist. Over the years, he’s been a magazine writer and editor, website manager, PR consultant, book author, and seaman in the U.S. Merchant Marine. Like his protagonist, Lady Frances Ffolkes, he’s a graduate of Vassar College.

“Death on the Sapphire” and "Death Among Rubies" were his first novels. His short story, “The Missing Motive,” was published in the December 2015 issue of Ellery Queen’s Mystery Magazine.

With his wife and daughters, he divides his time between Rockland County, N.Y., and Martha’s Vineyard, Mass.

I was born and raised in New York City and was educated at Vassar College—just like my protagonist, Lady Frances Ffolkes. I've worked as a journalist specializing in business and finance. My wife, a middle school teacher, and I live in Rockland County, N.Y., and Martha's Vineyard, Mass. We have two grown daughters, three cats, and a Yellow Labrador Retriever.
I had written several mysteries that weren't picked up, but one editor said, "Your female characters are so well done. Did you ever consider writing a mystery with a female protagonist?" And then my wife suggested that Downton Abbey (like the earlier Upstairs/Downstairs) made the Edwardian Era "hot." I had always been interested in that time period anyway—a fascinating bridge between the Victorian age and the modern one. And so Lady Frances was born, both reflecting and challenging the social and political issues of this fascinating period. 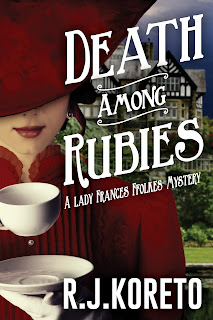 I'm constantly running scenes through my mind, how would Lady Frances behave here? How would she respond to this? Would she be accepting, amused, or angry? One scenario after another, in my mind, help me flesh out these characters. Later, I think how these characters came to be the way they are: I construct their childhoods, scenes and events that never make it into the book, but help me understand my own creations. In my mind, I have a dozen scenes of what happened to Lady Frances in college that shaped who she is. Maybe someday they'll appear in a future Lady Frances adventure, but right now, they help me understand Lady Frances better.

Nothing is harder than plotting! My first books were seat-of-my-pants, and I wasted a lot of time taking my characters into subplots that went nowhere and into scenes where nothing happened. With my first book, my editors pointed out where I had made mistakes, where I had let tension dissipate, where I had introduced characters who did nothing to move the story along. So now I'm outlining rigorously before I start writing. I force myself to ask about each scene I set up: what does it do to move the plot along? Does something happen to keep the reader interested? Yes, that character is fun, but is he essential?

Victoria Thompson, a mystery writer I much admire, once said that "readers come for the plot but they stay for the characters." You have to have a good plot, especially in the first book of a series, to bring readers in. But the real key is having characters whom readers believe and enjoy and, most of all, care about. I love Rex Stout's mysteries: I don’t recall the plots, but I remember every crackling line of dialog as Nero Wolfe and Archie Goodwin work together. The plot has to be coherent, of course, but people remember the characters long after they’ve forgotten plot detail.

I write historical mysteries, and the greatest challenge is trying to imagine how these people reacted to issues we still have today. In "Death Among Rubies," I introduce a lesbian couple in an Edwardian England setting. Research on a topic like this can take you only so far. I had to think how a couple like that would behave, how others would treat them, when people knew at some level these two were a "partners" but couldn't discuss it. Crafting a series of scenes with those characters, and being happy with the result, is what keeps me going. Seeing others pleased with the book is even better. One blogger said she found Lady Frances was a "role model." Comments like that are the best reason to keep writing.

Yes! As I noted, I'm a business journalist and wrote a book on managing a financial advisory practice. It was greenlit by the head of Dearborn Publishing, Cynthia Zigmund. The book came out to good reviews, and then I moved on to other things and so did Cynthia. A decade went by and I was looking for an agent for my first novel, and Cynthia's name up—she now was working as an agent, handling mysteries among other topics. She took me on, gave me wise advice, and eventually placed my Lady Frances book. It's a great working relationship, but after all these years, we only met face to face for the first time a few months ago.

Lots of things going on. I have two Lady Frances books out, and I took a break to start a new series about Alice Roosevelt, Teddy Roosevelt's oldest daughter. She was a lively, colorful woman her whole life, and I imagine her as a teenaged detective running around turn of the century New York. The book is narrated by her long-suffering Secret Service bodyguard, a veteran of the Rough Riders. "Alice and the Assassin" comes out in April. And now I'm back to Lady Frances for her third adventure, "Death at the Emerald," set in London's theater world.
I have a short story coming out in Alfred Hitchcock's Mystery Magazine featuring Captain Edmund Winter, a Regency-era detective. I have a Captain Winter novel as well, and I'd love to see that published someday. Captain Winter might best be described as an adrenaline junkie with anger management issues.

I write evenings. I try to get 500-1000 words an evening, with more on the weekends. I like to do at least a couple hundred words every day. My "day job" lets me work out of a home office, so there's no commuting. I'm at my desk working by 7:30 so I can quit early to write fiction.

Dan Weiss of Crooked Lane told me to buy Albert Zuckerman's book on how to write a blockbuster. It was a revelation. And I also love Steven King's book on writing—it's half memoir, half about writing. And finally, my one-volume illustrated Lord of the Rings.
Write. I know so many people who say they have ideas, or they wrote a chapter and never got further. I can give all the advice in the world about helpful books to buy or guidelines to read, but if you don't make a plan to write regularly, nothing else matters. Sit down and write. Think you don’t have time? John Creasey found the time to write some 600 novels and he didn't even live to be 70. You can find the time to write one.

When I was in high school I took the subway to the offices of Saturday Night Live to see if I could sell them some comedy sketches. I didn't sell anything. I didn't even get past the reception area.

That although I've been reading mysteries since I was young enough for Hardy Boys, in college I was a Latin major and studied ancient Roman poetry. I wrote my senior essay on the pastoral poems of Vergil and their influence on English poets through the years.

Which mystery writers do I admire?
Agatha Christie for plotting; Rex Stout for character and dialog; Georges Simenon for setting a scene.
www.ladyfrancesffolkes.com , https://www.facebook.com/ladyfrancesffolkes/

Just for Fun:
Night or Day?
Night--definitely
Dog or Cat? (answer carefully)
We have three black-and-white rescue cats, all named after characters in "A Midsummer Night's Dream": Oberon, Titania, Peaseblossom.
Beach or Pool?
Pool. I don’t like sand.

Favorite Actor:
William Powell – in the Thin Man, a perfect balance between being tough and being dapper

Favorite Actress:
Greer Garson. She'd have been perfect for a character in my regency novel.

Dirty Martini or Pina Colada?
Pina colada. Never got into any kind of martinis.

Hawaii or Alaska?
Hawaii. It's more than beaches.

Posted by ROCCO LOTEMPIO at 8:15 AM