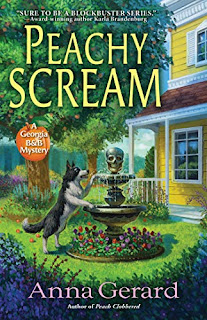 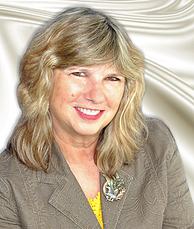 t's nothing short of inevitable that Cymbeline, GA, hosts an annual Shakespeare festival. But stage-struck Nina Fleet is about to learn that putting on an amateur theatrical production can be murder. Nina's anticipating showbiz glamour and glitz when a community Shakespearean troupe arrives for a two-week stay at her B&B. But the lights dim when she learns the company's director is her nemesis, struggling actor Harry Westcott--who still claims to be the rightful heir to Nina's elegant Queen Anne home.Meanwhile, the troupe members are not content to leave the drama upon the stage. Accusations of infidelity and financial malfeasance make a shambles of rehearsals. And then, two days into the troupe's stay, the lead actor is found dead in Nina's formal Shakespeare garden. Natural causes...or murder most foul?Nina uncovers evidence that something is indeed rotten in the town of Cymbeline. Too bad Harry is the only one who believes that she's not going completely off script. And exposing the truth isn't easy when the remaining troupe members say the show must go on...particularly when all of them seemingly had a motive for wanting their fellow actor to permanently exit stage right. Determined to keep the killer from making a curtain call, Nina and her trusty Australian Shepherd, Matilda, join forces with Harry to sleuth out the murder plot.


I have been a fan of this author’s since her Black Cat Bookshop series (written under the name of Ali Brandon) so I was anxious to give this new series a try.  I enjoyed the first in the series, Peach Clobbered, and looked forward to the second, Peachy Scream with much anticipation.

I was not disappointed.

Nina Fleet owns a B&B in Cymbeline, Georgia. She welcomes a Shakespearean troupe into her B&B, but considers throwing them out when she learns her nemesis, Harry Westcott, is directing the play.  She's not looking forward to dealing with him again, but unless she wants to ruin the festival, there's no way to turn them out. Once everyone is settled it’s not long before Len March, who is playing the lead in the production of Hamlet, establishes himself as a real PITA.  Following several pranks on the players, Len is found dead in Nina’s garden. At first everyone assumes it was natural causes, until Nina finds the champagne glass Len was drinking out of.  That, plus another member of the troupe falling ill convince Nina foul play is afoot.  She reluctantly enlists Harry’s aid, and Harry assigns her to work as an extra in the play so she can keep an eye on things before someone else turns up dead.

I am a big fan of Ms. Gerard’s writing style and enjoyed this book as much as I did the first.  The only reason it got 4 ½ stars instead of five is because I guessed the killer and the motive early on. Anna Gerard always delivers a sound mystery with interesting characters that you find yourself caring about, and that’s the main thing!!!!!!  Definitely looking forward to Number Three.


Win ROCCO's review copy!
To enter, leave your name and address in our comments section.  Brother MAXX will select the winner at random!  Contest ends midnight, September 26.  US entries only please.  :)

Posted by ROCCO LOTEMPIO at 8:51 AM