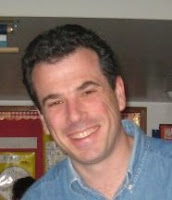 For the record, (and for those of you who aren’t familiar w/him) here’s a bit about Josh:

Josh started his career out of college as an editor at Harcourt, then left to get his MBA. He took an unexpected turn out of business school and entered the world of minor league baseball, where he owned and operated a team for 11 years. In 2006 he returned to publishing as an agent, starting at Writers House, then moving in 2009 to Russell & Volkening. In May of 2011, Josh and his two partners formed Hannigan Salky Getzler Agency (HSG) in the corner of a funky business incubator in Soho.
Some of Josh’s clients include: Jeff Cohen, Gerald Elias, Geoff Rodkey, Joshua Gaylord (who also writes under the name Alden Bell), Nancy Bilyeau and Toni LoTempio (the Human!).

Because Josh gave such good and detailed answers to my questions, I’ve decided to split this interview over two days, meow. There’s a lot of information here to digest!

So without any further ado, here’s Part One of my interview with…JOSH GETZLER!

R: Meow! Hello, Josh and welcome.
J: Hello, Rocco. Thanks so much for having me.

R: My pleasure. Ever been interviewed by a cat before?
J: Ah, not that I remember.

R: Heh heh. This will be an interesting first for you then :) I promise to be gentle. Let’s get to it, shall we? First question: What book that you’ve sold are you proudest of?
J: That’s like asking a parent who is his favorite child! On some level, my first sale, of Jerry Elias’s mystery novel Devil’s Trill, is a very special one. It showed me, after leaving the business, doing something else (owning a baseball team) for 14 years, and starting over in publishing again, that it was indeed the place for me.

R: Have you ever loved a book that just didn’t, for whatever reason, sell?
J: Yes, several. But they’re still on submission! Often, though, it’s either because the book either feels “too small” to editors, so they don’t think they can sell enough copies to justify an advance; or there is a particular issue with it that editors feel is too big to overcome. Sometimes that’s a character’s personality; other times a tone or voice; sometimes, such as some of the dystopian YA I’m seeing, it’s because editors feel the genre is played out for the time-being.

R: What is it about a query that grabs your attention?
J: In a nutshell, here’s what I’m looking for in a query letter (which is how, basically, it’s going to get my attention. I read a query, decide whether the subject is one I like, whether the author is a good writer, and whether the first bit of plot has a voice I want to follow):

1) I want to know that you are approaching me because you think I specifically would be a good fit for you. That’s not ego talking, that’s simply an initial filter. If you are a serious writer, and want to get an agent to pay attention, you need to do research and see which agents represent your kind of book. If I do, and you think I’d be a good fit, then by all means, try me. If you have a Christian picture book, though, and tell me that you’ve done research and think I’d be perfect, then your credibility is strained.

2) I want you to conform to my guidelines: A letter and the first five or six pages. Not the first 25 pages. Not the whole MS. Not a synopsis (you hate writing them and I hate reading them). Again, it’s not ego, but merely that this is the way I really like to start the process. If the letter and beginning pages are compelling, I’ll ask for more. Gladly!

3) In the letter, I want to see
a. That you are approaching me specifically (see #1)
b. What genre your book is, and a SHORT description: “Hi Josh. I’ve written an 80,000-word historical mystery set in Renaissance Florence, where a young priest hooks up with a Medici daughter to solve the mystery of the sudden, violent death her father—the Pope.”
c. Whether you have a background that will help you sell: “I have dual Ph.D’s in Italian history and Theology, and my grandfather was Pope (oops!)”
That’s it! Then the first five or so pages (wherever it ends reasonably well. It shouldn’t stop in the middle of a sentence!). Not five pages from the “good part” in Chapter 7. A reader will not know to begin there. He will begin on page 1 and need to be hooked. Me too.

R: What sort of manuscript do you wish you’d find in your query inbox? What’s your “dream novel” you’d love to represent?
J: See above, Florence, priest, Medici, mystery :)

(side note from ROCCO): Ah, then you would love the second book in my human’s DARK BLOOD series about four vampires who own a winery. That involves the mystery surrounding the sudden death of priests in Italy….but I digress. That’s a discussion for another time between you and the “human.”

R: You represent both YA and Adult fiction. Do you have a preference? Does one genre “speak” to you more than another?
J: It’s not really a question of having one genre speak to me. It’s really whether I relate to a voice or a topic. With YA, the voice REALLY matters. Because it’s often written by an adult in the voice of a teenager, the pitfalls are many and the successes, few. So when a YA query comes across and is snappy and true, I’m likely to look at it carefully. I started in adult books—adult crime fiction, primarily. So I have a soft spot for mysteries and thrillers. But as time has passed—and as my own kids grew up and are now reading for themselves and I spend a LOT of time in the kids sections of book stores—I’ve grown more comfortable with YA.

R: Is there any genre/book that you’ve represented that surprised you? (in other words, differed from what you normally represent?)
J: Yes! The marvelous Traci Hall’s Zombyre, My Love. I hadn’t thought I would be representing paranormal YA, never mind with zombyres! But her voice was just so good…

R: Describe a typical day for you.
J: I wake up at 5 AM to read, unless it’s Tuesday, when I spend that time writing my blog post for the week. http://www.heydeadguy.typepad.com

I wake my kids up between 6:30 and 6:45, then shepherd them through breakfast. I leave the house with my wife and kids at 7:30, and take the subway with my son to his school in Chelsea. Then off to work. I always begin my day by cleaning up my emails from the night before, unless I have a meeting to prepare for. The rest of my day is a combination of submitting manuscripts, working on pitches for those submissions, managing my authors—answering their questions, helping them with revisions, discussing their books, contracts, careers, and occasionally personal issues. I work with three terrific women: My assistant, Maddie; and my partners Jessica Salky and Carrie Hannigan. We often say that we could conceivably do much of our work from home in our Pjs, but we come in because we fundamentally like seeing people! Also, we spend a lot of time bouncing ideas off each other, whether it is terms of a contract, which editor to send a particular book to, whether the publisher who bought a manuscript is doing a good job…whatever. It’s way better, in my mind, than being alone all day in front of a computer.

I have lunch with an editor, author, or other agent three days a week or so (I try not to schedule lunches on Mondays, because I’m always catching up from the weekends; and Fridays, because I leave the office early. Afternoons tend to be less catch-up and more submissions/editor contacts, since I’ve found that more people are actually at their desks between 3:30 and 6 than any other time of day, so if I really need to catch up with someone, that’s a good time.

I leave the office between 6 and 6:30 in order to make it home in time for homework, dinner and bed for the kids. I tend not to do office work after I leave, except when my wife, who’s a teacher, also brings work home.
Wash, rinse, repeat! We start again the next day.

R: Meow, and so will we! Stay tuned for Part 2 of this interview tomorrow!