Jody Wallace and MEAN KITTY! in the hotseat! 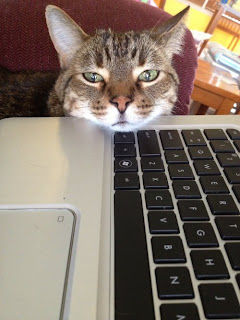 Jody Wallace writes fantasy and sf romance as herself and hot contemporary romance as Ellie Marvel. When she's not writing, she's obeying the whims of Meankitty. Find out more about Ms. Wallace at www.jodywallace.com and Meankitty at www.meankitty.com


Since MeanKitty was so nice as to interview me on her BLOG, I decided to return the favor by interviewing her human, author Jody Wallace!

J:When I was a child, I found that I enjoyed telling lies. Since I am not cut out to be a politician or a fisherman, the next most lying profession was fiction author. 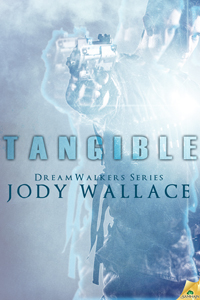 R: tell us a bit about your upcoming/latest release, TANGIBLE.

J: What if nightmares were real? What if, when cats dreamed about rabid dogs or roaring vacuum cleaner monsters or birds ruling the world, certain cats had the unhappy power of dragging these unnatural creations into existence? Naturally there would need to be a way to prevent this from happening, like the Kitty Nightmare Prevention Institute (aka Knipi), and it would be secret, and it would be awesome. Now translate that very cool story idea to a book about humans.

Yes, it’s more boring when it’s about bipeds, but the target market is humans, so I had to do it. You can find out more here: http://www.jodywallace.com/books/tangible.htm 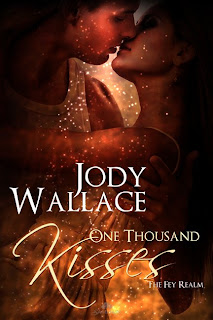 R: Tell us about your book, 1000 KISSES, and the felines featured in it. Where did the idea originate?

J: Suffering from the backlash of writing Survival of the Fairest, a book about an AWOL fairy princess and a Vegas stage magician in which there was only a single instance of a cat, I attempted to repair my reputation by writing a book in which cats secretly rule the world, or something, because they’re too mysterious to come right out and say it. As they should be.

On the surface the book is about another fairy princess, Anisette, who doesn’t realize she’s the ‘fated mate’ of the fairy president, Embor. Embor does realize it, but he’s a stick in the mud and his attempts at courtship are sad. No ear licking, no dead mouse offerings, no sunspot sharing—really, the guy has no pizzazz, and Anisette doesn’t like him. Anyway, this cat named Master Fey takes pity on the awkward humanoids and gets them embroiled in an exciting, political, daring adventure in which they kill some evil gnomes and travel to humanspace to track some dangerous two-legged renegades.

R: You write a blog with MeanKitty.  Just how mean is MeanKitty?

J: Well, she pooped in the middle of the dining room today to protest the fact that dogs live on our street and I adjusted my writing recliner to an incline she didn’t care for and maybe the fact that I only had one window open. How mean do you think she is? 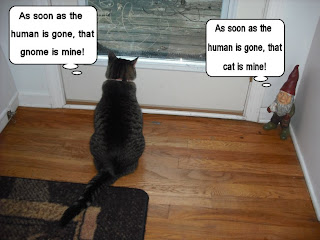 J: After obsessing about this question for a full eight minutes, I’d probably go to the future and grab some lottery numbers. Meankitty wants a bigger house with a tornado shelter.

J: I have an MFA in poetry. I doubt anyone reads my work and thinks, “WOW, THAT’S PURE POETRY!”

J: If I told you, I’d have to publicly own up to it. I wouldn’t kill you or anything, because hello! Illegal! But it would be embarrassing for me.

R: What do you hope readers will most take away from your writing?
J: Their own copies of the books. And maybe some laughs.
R: What are you working on at the moment / next?
J: Just signed a contract with Entangled to publish an SFR post-apocalyptic romance in 2014 with lots of explosions and aliens and demons and, sadly, no cats. I feel such shame.
R:  Would you ever consider collaborating on a book with a handsome, sophisticated, albeit conceited tuxedo cat?????  HMMMMM??????  Or would MeanKitty throw a “hissy fit”
J: What kind of book? And why are you calling yourself conceited? Cats aren’t conceited; they are realistic. The reality just happens to be that cats are as close to perfection as any animal gets.

Meow, I couldn't have said that better myself!

Folks:  Jody will be giving away an ebook copy of 1000 Kisses to whomever I choose since it has cats in it.

She can also offer ebook copies of Cooley’s Panther + Stalking Evan in my Felidae series since they are about shapeshifting cats, again to whomever I choose, meow!

So:  We will have two winners:  One for 1000 Kisses, one for Cooley's Panther and Stalking Evan!

Winner of our Alexandra Ivy giveaway! Kristine "Chaos". Watch for an email fromAlexandra!

Next week: Leann Sweeney!
Posted by ROCCO LOTEMPIO at 11:17 AM