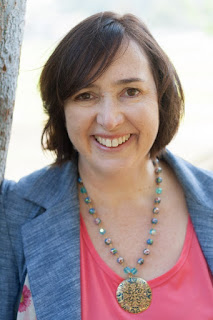 Laura’s eclectic career includes television, news, theater, fiction, and film.  Her horror film, Most Likely to Die, opened auspiciously on a Friday the 13th and her short stories have appeared in several anthologies, including “Last Exit to Murder” and “Hell Comes to Hollywood.” But it’s not all blood and guts: her webseries Faux Baby explores the lighter side of motherhood. And if the faux baby loses a limb here or there, well… No, actually, she has no justification for that at all. Find out more at DestinationMystery.com.

Posted by ROCCO LOTEMPIO at 6:13 AM