Here are my cozy reviews for May! 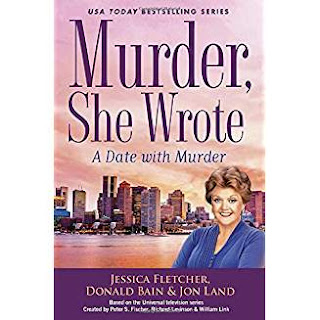 Jessica Fletcher takes up the cause of her good friend Barbara "Babs" Wirth after Babs' husband Hal suffers a fatal heart attack that Jessica has reason to believe was actually murder. At the heart of her suspicions lies a sinister dating site Hal had used while he and Babs were having marital issues--a site that may be complicit in somehow swindling him out of millions.

Jessica's investigation reveals that Hal was far from the only victim and when his former business partner is also killed, a deadly pattern emerges. Jessica teams up with a brilliant young computer hacker to follow the trail but as she gets closer to the truth, two near misses force her to realize that she may very well be the next victim.

Every book in this series is, for me, a continuation of the television series.  It never fails to amaze me how Jessica can solve the mystery and identify the killer on the slenderest of clues...but then again, she IS Jessica Fletcher!  You don't have to be a fan of the old tv series to enjoy these fine, well plotted mysteries that take us back to Cabot Cove and a time when there was actually something good on television!  Jon Land does an excellent job of "taking the baton" over from the late Donald Bain.  The transition was seamless, and I look forward to Land injecting some  new life and a fresh take into this tried and true series!  Land brings a slightly more "edgy" vibe to the series.  You can't keep a good woman down, and there's lots of life in Jessica yet!  Five paws! 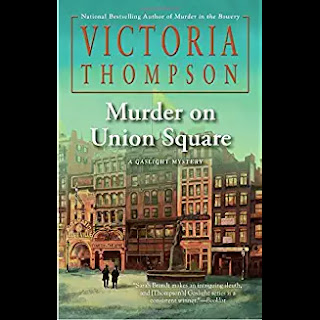 Sarah and Frank Malloy are enjoying married life and looking to make their family official by adopting Catherine, the child whom Sarah rescued and has been raising as her daughter. The process seems fairly straightforward, but at the last minute, the newlyweds discover that Parnell Vaughn, Catherine's legal father, has a claim on the child, and his grasping fiancée is demanding a financial settlement to relinquish parental rights. Even though exchanging money for a child is illegal, Frank and Sarah's love for Catherine drives them to comply.
When Frank returns with the money and finds Vaughn beaten to death, all evidence points to Frank as the culprit. A not-quite-famous actor with modest means, Vaughn seems an unlikely candidate for murder, particularly such a violent crime of passion. But Frank soon uncovers real-life intrigue as dramatic as any that appears on stage.
Sarah and Frank enlist those closest to them to help hunt for Vaughn's killer as Frank's own life--and the future of their family--hang in the balance.

Another fine entry in this series.  Well plotted and intriguing.  You don't have to have read the others in the series to enjoy this! Four paws! 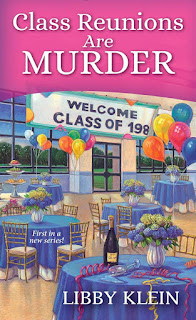 This book debuted in January but i only just got around to reading it now.  Widowed Poppy McAllister agrees to go to her class reunion to help out a friend, and ends up the chief suspect in the "bad girl's" murder.  Interesting take on the genre, with the sleuth being slightly overweight (and with lots of references to that) and also being a widow, which few sleuths in the cozy mystery genre are.  People can relate to the frenetic Poppy and her problems, and enjoy watching her clear her name.  Four Paws. 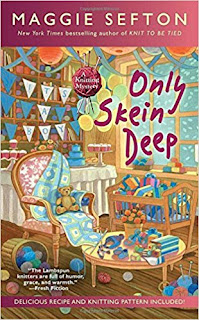 Kelly Flynn and her boyfriend, Steve, couldn’t be happier as they await the birth of their bouncing baby boy. Kelly’s got a built-in group of fiber arts specialists, the Lambspun Knitters, who are working away on blankets and booties. As they sit around the table crafting their keepsakes, the story of Giselle Callahan is a popular topic of conversation. Giselle is the young wife of Henry Callahan, a Fort Connor banking scion, who traded in his previous wife of forty years for a newer model. Giselle’s prowess as a skilled country club golfer and social climber puts her on someone’s hit list. When she is found dead on the greens at the golf club, Kelly and her Lambspun crew worry that a vicious killer is in their midst. They must work fast to bring an unhinged murderer to justice on the back nine before Kelly’s very special delivery…

Another  stellar entry in this tried and true series.  When a trophy wife is found dead, Kelly and her Lambspun crew go into Sherlock Holmes mode to solve the mystery before Kelly's precious bundle of joy arrives!    an enjoyable read for both fans and non-fans!  Four paws!!!!


WALKING ON MY GRAVE
A Death on Demand Mystery
Penguin, May 1, 2018
Carolyn Hart
Four Stars 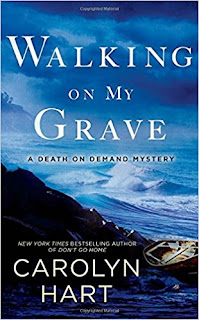 Annie’s friend and fellow shop owner Ves Roundtree is a very wealthy woman. Her rich brother entrusted her with his estate, and upon her death, his fortune is to be divided. Several cash-strapped islanders are in line to collect life-changing inheritances. The problem is, Ves is very much alive.Ves hosts a dinner for the prospective beneficiaries and feels a chill in the air that has nothing to do with the wintry season. Not long after, she suffers a bad fall that was no accident. Everyone at the table had a motive but not a shred of evidence was left behind. When one of the suspects is found floating in the harbor and Ves disappears, Annie and her husband Max spring into action to catch a calculating killer before greed takes another life.

This popular series never seems to run out of steam.  Longtime Annie and Max fans will enjoy watching their favorite sleuths track down clues to apprehend another killer.  You don't have to be a fan of the series to enjoy this book, although you will probably want to read the entire series from book 1 afterward. Carolyn Hart never fails to deliver.  Four Stars.

You can win ROCCO's review copy of ONLY SKEIN DEEP!

Winner will be chosen at random using random.org.  Don’t forget to mention all you’ve done in your comment. Good luck!  US entries only. Contest ends Midnight, May 12!

Posted by ROCCO LOTEMPIO at 8:17 AM