Hello Folks!  I’m back with another author interview!  My guest this week is author Jennifer J. Chow.

Jennifer J. Chow writes multicultural mysteries and fantastical YA. Her Asian-American novels include Dragonfly Dreams (a Teen Vogue pick), The 228 Legacy, and the Winston Wong cozy mystery series.
Her short fiction has most recently appeared in the STEM anthology, Brave New Girls: Tales of Heroines who Hack, Hyphen Magazine, and Yay! LA Magazine. 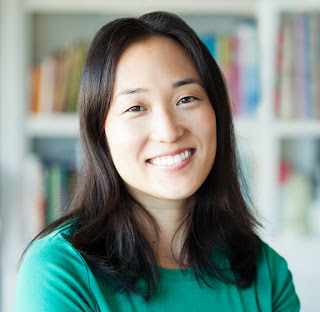 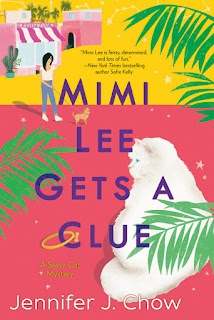 Welome Jennifer!  Tell us a little about your background!

I write multicultural mysteries. My dad has Chinese heritage but was born and raised in Malaysia. My mom grew up in Hong Kong. I have a professional background in geriatric social work, so don’t be surprised if you see older characters in my stories!

Tell us a bit about your latest book

MIMI LEE GETS A CLUE is about a Los Angeles pet groomer who ends up being the prime suspect in the murder of a local dog breeder. She’ll need help from her sassy talking cat and her dreamy lawyer neighbor if she wants to get off the suspect list.
How do you “get to know” your characters before and while you’re writing the books?
I like compiling character profiles. These lists describe the goals, quirks, and traits of each individual. While I’m writing, I find that their personalities will unfold on the page.

How do you construct your plots? Do you outline or do you write “by the seat of your       pants”?

I start with a general outline for the story and also use bullet points for each chapter. As I work, though, I’ll also let the characters act organically.

Getting published is a marathon. It’s hard to persevere when receiving rejections and pressure from well-meaning friends and family. Motivation comes from seeing the success of other writers as they pursue their passion. For me, looking up to and following established Asian American authors is especially rewarding.

I’m really risk-averse, but my most recent adventure involved petting a hedgehog.  (ROCCO: Sounds like an interview for another day, meow)

Unlike most writers, I can’t operate on coffee—it makes me too jittery. I prefer tea.

Dog or Cat? (answer carefully)  Both! I like all things furry.  (ROCCO:  Good answer, meow)

Favorite Book?  It changes every year! A few weeks ago, though, I read The Bookish Life of Nina Hill and really enjoyed it.

Favorite TV Series?  TV? I don’t have time for television.

Favorite Movie?  Beauty and the Beast

Favorite Actress: Jennifer Lawrence (and it’s not because we share the same first name!).

Dirty Martini or Pina Colada? Neither, but I do like those cute cocktail umbrellas.

Finish this sentence:  If I could meet anyone in the world, past or present, it would be Emily Dickinson.

If I had just one wish, it would be increased appreciation and compassion in the world.

If I could trade places with anyone in the world, it would be Reese Witherspoon (and getting to run her women-empowering book club).

Thanks for a great interview, Jennifer!
Folks you can connect with Jennifer at the below:
www.jenniferjchow.com

Jennifer will give away an ARC of MIMI LEE GETS A CLUE to one lucky commenter. Leave your name and email address in our comments section below to enter. US entries only, please!  The winner will be selected at random on February 28.

This month we have two repeats, as they belonged on the February schedule for Berkley. We reviewed them last  month, but in case you missed it, here they are again along with some others: 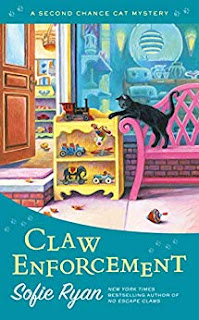 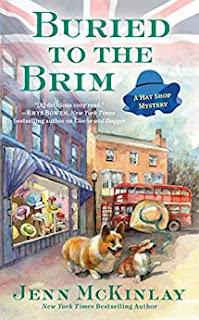 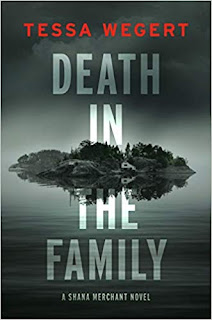 A storm-struck island. A blood-soaked bed. A missing man. Senior Investigator Shana Merchant believes it all adds up to a killer in their midst—and that murder is a family affair.Thirteen months ago, former NYPD detective Shana Merchant barely survived being abducted by a serial killer. Now hoping to leave grisly murder cases behind, she's taken a job in her fiancé's sleepy hometown in the Thousand Islands region of Upstate New York.But as a nor'easter bears down on her new territory, Shana and fellow investigator Tim Wellington receive a call about a man missing on a private island. Shana and Tim travel to the isolated island owned by the wealthy Sinclair family to question the witnesses. They arrive to find blood on the scene and a house full of Sinclair family and friends on edge.While Tim guesses they're dealing with a runaway case, Shana is convinced that they have a murder on their hands. As the gale intensifies outside, she starts conducting interviews and discovers the Sinclairs and their guests are crawling with dark and dangerous secrets.Trapped on the island by the raging storm with only Tim whose reliability is thrown into question, the increasingly restless suspects, and her own trauma-fueled flashbacks for company, Shana will have to trust the one person her abduction destroyed her faith in—herself.

An excellent first in what looks to be a thriilling new series.  Definitely a notch up from a cozy.  four paws. 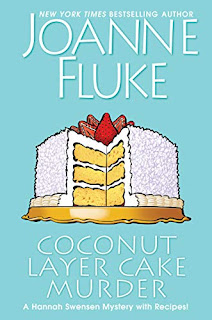 Bakery owner Hannah Swensen is leaving Lake Eden to help a friend in sunny California. But an unexpected phone call swiftly brings her back to a cold Minnesota winter . . . and murder . . . When Hannah learns that her sister Michelle’s boyfriend, Detective Lonnie Murphy, is the prime suspect in a murder case, she goes straight from a movie studio sound stage to the Los Angeles airport. Back in frigid Minnesota, she discovers that proving Lonnie’s innocence will be harder than figuring out what went wrong with a recipe. Lonnie remembers only parts of the night he went out to a local bar and ended up driving a very impaired woman home. He knows he helped her to her bedroom, but he doesn’t recall anything else until he woke up on her couch the following morning. When he went to the bedroom to check on her, he was shocked to discover she was dead. Hannah doesn’t know what to believe—only that exonerating a suspect who can’t remember is almost impossible, especially since Lonnie’s brother, Detective Rick Murphy, and Lonnie’s partner, Chief Detective Mike Kingston, have been taken off the case. Before everything comes crashing down on Lonnie like a heaping slice of coconut layer cake, it’ll be up to Hannah to rack up enough clues to cat[ch the killer. 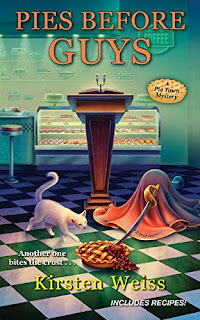 A poetry slam at a bakery? Why not! Even though Pie Town proprietor Val Harris would rather be spending time with her newfound half-brother, she knows her employee Abril is beyond excited to be hosting the event. Especially since it stars the apple pie of Abril’s eye, poet and professor Michael Starke. But the evening ends on a sour note when Professor Starke is found murdered mere moments after being accused of plagiarism. Just like that, Pie Town is at the center of another criminal inquiry. At Abril’s request—and much to Detective Carmichael’s consternation—Val and Charlene decide to investigate Starke’s death. But the case is as tough as an overworked crust and the Baker Street Bakers are only coming up with scraps. If they don’t pinch the cultured killer soon, Pie Town’s reputation could crumble 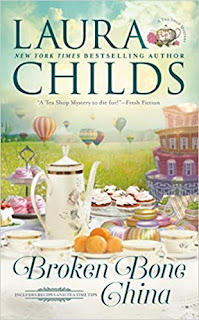 It is Sunday afternoon, and Theodosia and Drayton are catering a formal tea at a hot-air balloon rally. The view aloft is not only stunning, they are also surrounded by a dozen other colorful hot-air balloons. But as the sky turns gray and the clouds start to boil up, a strange object zooms out of nowhere. It is a drone, and it appears to be buzzing around the balloons, checking them out. As Theodosia and Drayton watch, the drone, hovering like some angry, mechanized insect, deliberately crashes into the balloon next to them. An enormous, fiery explosion erupts, and everyone watches in horror as the balloon plummets to the earth, killing all three of its passengers.Sirens scream, first responders arrive, and Theodosia is interviewed by the police. During the interview she learns that one of the downed occupants was Don Kingsley, the CEO of a local software company, SyncSoft. Not only do the police suspect Kingsley as the primary target, they learn that he possessed a rare Revolutionary War Union Jack flag that several people were rabidly bidding on.Intrigued, Theodosia begins her own investigation. Was it the CEO's soon-to-be ex-wife, who is restoring an enormous mansion at no expense? The CEO's personal assistant, who also functioned as curator of his prized collection of Americana? Two rival antiques' dealers known for dirty dealing? Or was the killer the fiancée of one of Theodosia's dear friends, who turns out to be an employee—and whistle-blower—at SyncSoft?

Anoter winner in this great series!  Inever tire of watching Theodosia, assisted by Drayton, ferret out clues and catch a killer, often at great peril to her wardrobe. Five Paws.

YOU COULD WIN ONE OF ROCCO'S REVIEW COPIES!

Just leave your name and email address in the comments section.  Maxx will choose a winner at random!
US entries only, please. Contest ends Feb. 21