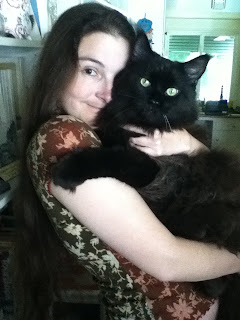 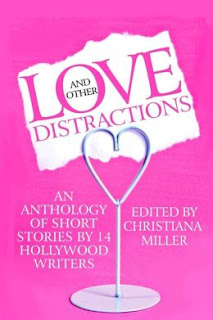 Next up in our salute to the authors of the KNTR anthology, LOVE AND OTHER DISTRACTIONS:  ANNE TOOLE!

R:  Hello, Anne! Tell us a bit about yourself and how you became interested in writing.
A: I always joke that it was a lack of ability to do anything else, but the truth is, I want to entertain more people than I could ever possibly meet.  And I don’t particularly have a talent for anything else that could reach millions ;)

R:  How did you hear about Kids Need to Read? Tell us a bit about your short in this anthology.
A: Our fearless editor, Christiana, brought the charity to our attention.  My short story is a fantasy/romance about a rough-and-tumble rebel trying to destroy a government weapon.  Which makes it sound very Sci Fi, but it’s not.  He is thwarted by a mild-mannered librarian whom he has been observing for awhile and fallen in love with, unbeknownst to himself.  Don’t you hate it when that happens? ;)  The story was initially much longer, so you’ll be quite happy to know I made some cuts.

R:  You’ve been nominated for awards for  your writing on computer games. What’s the biggest challenge in doing that?
A: Explaining it to other people.  I’m only slightly joking.  I’m a gamer, so I “get” writing for games, but not everyone does.  It’s great fun collaborating with artists and designers to make a fun experience for the player!

R: I note in your bio you wrote at one time for my favorite soap (other than Dark Shadows) DAYS OF OUR LIVES!  What can you tell us about writing for the soap medium and do you have any stories you can share?
A: Dark Shadows – good choice!  Do you miss shots with the boom mike in frame?  Working on DAYS was a great experience.  The day they were taping my first episode, I got a lot of fun little novelty toys from the party store and put them in a big basket with a thank you for the cast and crew.  Members of the crew ended up running around shooting each other with the little water guns, and I have pictures of a lead actress wearing the Groucho Marx glasses.  It was a great time, and I’m glad they had fun, too!

R: What writers would you say have made the greatest influence on your writing?
A: My first two spec scripts were based on Joss Whedon and Aaron Sorkin shows, so they still influence me.

R: If you weren’t a writer, what would you be doing?
A: I’m currently on the Women’s Advisory Board for the City of West Hollywood, and serve on the board of a professional non-profit, so likely I would be trying to have an impact on the world through government or non-profits.  I still wouldn’t mind joining the foreign service.

R: What’s your next project?
A: I’m currently working on a next-gen console game as well as social and mobile games.  I also hope to be involved in the recently announced follow-up to the LIZZIE BENNET DIARIES webseries, EMMA APPROVED.  Somewhere in there I’m expecting a comic of mine to come out from Lion Forge Comics.