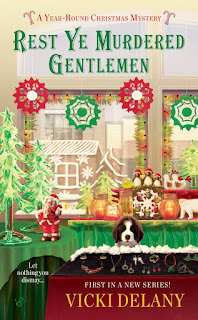 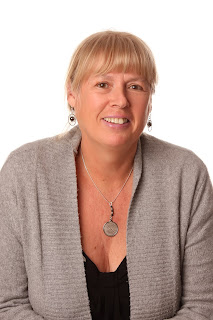 REPRINTING ROCCO'S INTERVIEW WITH VICKI FROM 12/26/15!

Vicki Delany is one of Canada’s most prolific and varied crime writers, author of the Constable Molly Smith police procedural series, standalone Gothic thrillers, and the Klondike Gold Rush books, as well as Rapid Read novellas including Juba Good, currently a finalist for the Ontario Library Association’s Golden Oak award. Under the pen name Eva Gates she is writing the Lighthouse Library cozy mystery series from Penguin Random House, set in a historic lighthouse on the Outer Banks of North Carolina. The second in the series, Booked for Trouble was released in September 2015.

A former computer programmer and systems analyst, Vicki lives and writes in bucolic Prince Edward County Ontario. She is the current President of Crime Writers of Canada.

My career was as a computer programmer and systems analyst. I left that seven years ago and am now a full time writer, author of 20 published books (so far).  My three daughters are all grown up, and I live a quiet life in a little house in the countryside in Southern Ontario.

I have three standalone novels of psychological suspense from Poisoned Pen Press, the Constable Molly Smith series, also from Poisoned Pen, of which the eighth, Unreasonable Doubt, will be released in February, four books in the Klondike Gold Rush Series. And under the pen name of Eva Gates, I write the Lighthouse Library cozy series for Penguin Random House

I used to be a true pantser, but now that I am writing for Penguin Random House, they require an outline, and I find I really like writing that way.  The outline’s the hard part.  Get that out of the way, and writing the book’s the easy bit.

Character determines plot. People act in certainly ways because of their character. So, saying that, I think character comes first.

I got my agent, Kim Lionetti, because my good friend Mary Jane Maffini recommended me to her. Kim didn’t want the work I was proposing, but when she heard of something I might be able to do she contacted me. The moral of that story, I believe, is the importance of networking. Of making friends in the writing community.

I am currently writing the third in the Year Round Christmas series, Hark the Herald Angels Slay.  The third Lighthouse Library book, Reading Up A Storm, will be out in April. I hope to continue writing both those series, as well as the Constable Molly Smith books.

I am a total creature of routine.

I get up every morning, seven days a week.  I go to my main computer in my office, and read e-mails, read the papers online, spend a bit of time on Facebook or Twitter.

I always write, standing up, on the Netbook.  I read over everything I did the previous day, doing a light edit as I go.  I then take my egg into the study and eat it while checking email.

Then back to the small computer for several writing hours, usually finishing around one.

I’d probably go for length, if they have to last me a year. The Lord of the Rings Trilogy would be one. (Is that cheating?). An Instance of the Fingerpost by Iain Pears, because it’s long but also because it’s one of my favorite books of all time.  And something that would require a lot of concentration: How about the collected works of William Shakespeare, or a history of the world perhaps.

My advice is always the same. Read, and read a lot. Only by reading extensively is a writer able to know what works, and perhaps more importantly, what doesn’t.

I drove across North America, and up and down (Ontario to the Pacific; Alaska to San Diego) alone when I first retired. Had a marvelous time.  I wouldn’t say that’s anything crazy though, because it’s what I like to do.

That I’m an extreme introvert.  But remember, introvert doesn’t mean shy. Because I’m not that.

Q: Tell us about the Crime Writers of Canada.

A: I’d be happy to. I am the current president of the CWC, which is the Canadian equivalent of the MWA in the US or the CWA in the UK. We are an organization representing professional Canadian writers of mystery, suspense and true crime.  Information about our members and our books can be found at www.crimewriterscanada.com

My web page is www.vickidelany.com.  Eva Gates has her own page at www.lighthouselibrarymysteries.com. I’m on Facebook at evagatesauthor and twitter @vickidelany

UPDATE:Since this interview, Vicki has published the second in the Year Round Christmas mystery series, WE WISH YOU A MURDEROUS CHRISTMAS.  She also has a new series from Crooked Lane, the Sherlock Holmes Bookshop series, debuting in March with ELEMENTARY, SHE READ.

WIN A COPY OF REST YE MURDERED GENTLEMEN, first in the Year Round Christmas series! Leave a comment with your email address in our comments section.  Winner will be chosen at random.  Contest ends midnight, January 8.
Posted by ROCCO LOTEMPIO at 10:11 AM