Meow, my guest this week is author Bruce R. Coffin! 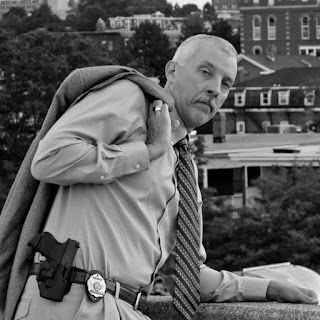 Bruce Robert Coffin is a former detective sergeant with more than twenty-seven years in law enforcement. At the time of his retirement, from the Portland police department, he supervised all homicide and violent crime investigations for Maine’s largest city. Following the terror attacks of September 11th, Bruce spent four years working counter-terrorism with the FBI, earning the Director’s Award, the highest honor a non-agent can receive. He is the author of the Maine Sunday Telegram #1 bestselling novel Among the Shadows, his debut and the first in the Detective Byron Mystery Series from HarperCollins. 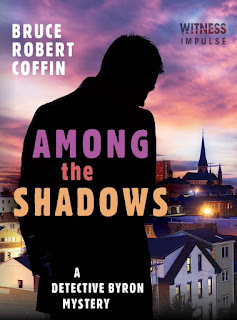 Thanks ROCCO. In 2012 I retired from the Portland Maine police department after 28 years to pursue my dream of becoming a published author. At the time of my retirement I was the detective sergeant supervising all violent crime investigations, including homicides.
I think it was only natural for me to want to tell stories portraying the lives of homicide investigators as realistically as possible. John Byron is the vehicle that allows me to do that. Byron was created as a compilation of people I worked with and me. He is a second generation Irish Catholic Portland cop raised on the city’s Munjoy Hill. A twenty year veteran, Byron is currently separated from his wife and battling alcoholism. In the first novel, Among the Shadows, we find Byron trying to stop a killer from his father’s past.
Good question. It's really hard to explain my relationship with the characters. I guess the honest answer is that while I have a good idea of who I want them to be, and I write based on that, often while composing the story, my characters reveal themselves in ways I hadn't planned. I am currently writing the third Byron novel and my characters are still surprising me.
Both. I do write a general synopsis of what the novels will be about. I know how I want the story to open and how I want it to end, but the path I take to get from beginning to end is very fluid. I think writing in this way keeps the process fresh. Here again, sometimes the characters will drive the plot in a way I hadn't planned.
I think they’re both important but for my money character is paramount. As I often tell aspiring authors, if your readers don’t care about your characters they will never care what happens to them.
Back in college I was basically told I couldn't write. Of course this influenced my career direction greatly. Law enforcement was a long way from what I had hoped to become. After retirement I had well-meaning people tell me how hard it is to get published. Some suggested that I might have to consider self-publication. In my mind, this advice was the equivalent of being told I couldn't write all over again. People telling me that I probably won't be able to accomplish something has always been my greatest motivator.
Currently, I’m writing the third Detective Byron novel, the last in my contract with HarperCollins. As far as my future plans, I'd love to see Byron and his team live on. I hope my readers feel the same. I know John Byron has more cases to solve and I'd love to help him do it.
As with most authors, there's nothing typical about my workday. Believe it or not, I'm writing this at 3:00am! I like to begin writing as soon as I get up. I’ll get the coffee going and start by editing what I wrote the previous day. This helps to get me back in the groove. Like stretching before a run. I do have a seasonal quirk. During the winter months I can write at home without a problem. In the summertime I like to write at the local libraries. I find too many distractions when the weather is pleasant. Getting in the car and driving to the library helps to put me in the work mode and keep me there.
Never give up. Writing well is an art form. Like any artistic endeavor, it takes a great deal of patience to master. The more you do it, the better you’ll get.
Ha! Sorry, if I told you that I'd have to kill you off in my next novel...
Prior to writing full time I was an accomplished artist. In 2008 I was commissioned by the New England Chapter of the Federal Bureau of Investigation’s National Academy to paint a portrait of Special Agent Edwin C. Shanahan, the first agent killed in the line of duty, to commemorate the 100th anniversary of the FBI. The finished portrait was presented to the Special Agent in Charge of the Boston Field Office, where it is permanently displayed.
You can visit my website or my Amazon Author Page. My web address is: www.brucerobertcoffin.com
You can also find me on Twitter: @coffin_bruce
And on Facebook: Bruce Robert Coffin Author
I think the one book from childhood that stood out the most was Salem’s Lot by Stephen King. In addition to scaring the hell out of me, that book, more than any other, spoke to my need to become a storyteller.
Shepherd’s pie.
This one! Maybe they’d let me write under a pseudonym.
Time.
The same one that made me cry. MASH.
Any bookstore, art supply store, or woodworking store.
Sting.

Finish this sentence:  If I could meet anyone in the world, past or present, it would be my great grandfather’s second cousin, Robert P. Tristram Coffin. I think we’d have much to discuss.

Bruce will be giving away a copy of his latest release, to one lucky commenter! To enter, leave a comment on this blog post with your name and email address (entries without email will be disqualified). For extra entries, you can do any or all of the below:

Winner will be chosen at random using random.org.  Don’t forget to mention all you’ve done in your comment. Good luck! Contest open to US and Canada residents only and ends midnight, March 24!
Posted by ROCCO LOTEMPIO at 6:57 AM