Meow!  Its time for our October cozy reviews!

First my top pick:  the latest Cat in the Stacks, SIX CATS A SLAYIN' 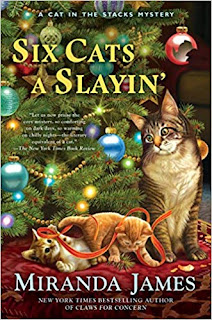 The tenth entry in this most charming series is set, as the title indicates, during the Christmas season.  As Charlie and his Maine Coon Cat Diesel prepare for the holidays with Charlie's grandchildren, Charlie gets an unwelcome invitation from a new neighbor - Gerry a nosy real estate agent for a holiday party.  Charlie, girlfriend Rose and Stuart all decide to go but they get a distinct shock when the woman is murdered during the party.  Charlie, of course, gets involved in solving the mystery which turns out to have an unusual twist I wont spoil here.  The real star of the show for me, though, was the subplot involving a box of kittens left on Charlie's doorstep.  Diesel is at his very best as caretaker of the kitties, and there just might be a little addition to the Harris family before the adventure reaches its conclusion.  All loose ends are tied up in a neat little package with a bright Christmas bow, leaving us bereft until their next adventure.  Longtime fans of this series will delight in this one, a definite five paws! 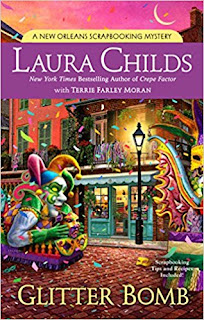 Fans of this long running series will not be disappointed in the fifteenth entry!  Amidst the glitter and glitz of the Mardi Gras, Carmela Bertrand  of course runs headlong into mystery and murder when an explosion rocks the parade.  Carmela's ex-hubby, Shamus, is astride a float that msyteriously bursts into flames as it passes them, but one of the crewmembers is killed.  with Shamus in the police's eye as a main suspect, can Carmela clear her ex? And jsut what will her fiancee, Detective Edgar Babcock, have to say about her interfering?

This series is everything a good msytery should be: interesting characters, complex plot, and a page-turner!  an undeniable Five Paws!!!!!

The Ghost and the Bogus Bookseller
Cleo Coyle
Berkley Mass Market Paperback
September 25, 2018
Four and a half Paws! 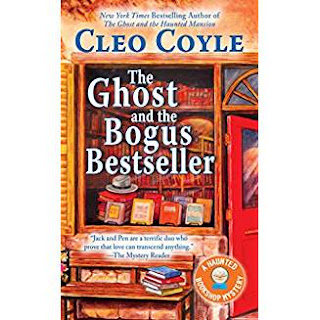 Cleo Coyle, the author of the fabulously successful Coffee House mysteries, is also the author of the Haunted Bookshop mysteries!  This was my first foray into this series and it won't be the last.  Peneope Thornton McClure owns a bookstore that's haunted by the spirit of Jack Shepard, a 1940's private investigator!  Together they solve mysteries!  (Remember the Ghost and Mrs. Muir???) In this volume, Penelope smells a rat behind the biggest best seller of the year, because folks are turning up dead to read it - literally!  With the fatalities connected to the book, Penelope and Jack team up to solve the cold case before it claims Penelope as its next victim.  Thorougly enjoyable.  Four and a half paws. Like most women, Elizabeth Miles assumes many roles; unlike most, hers have made her a woman on the run. Living on the edge of society, Elizabeth uses her guile to relieve so-called respectable men of their ill-gotten gains. But brutal and greedy entrepreneur Oscar Thornton is out for blood. He’s lost a great deal of money and is not going to forgive a woman for outwitting him. With his thugs hot on her trail, Elizabeth seizes the moment to blend in with a group of women who have an agenda of their own.

She never expects to like or understand these privileged women, but she soon comes to respect their intentions, forming an unlikely bond with the wealthy matriarch of the group whose son, Gideon, is the rarest of species—an honest man in a dishonest world. Elizabeth knows she’s playing a risky game, and her deception could be revealed at any moment, possibly even by sharp-eyed Gideon. Nor has she been forgotten by Thornton, who’s biding his time, waiting to strike. Elizabeth must draw on her wits and every last ounce of courage she possesses to keep her new life from being cut short by this vicious shadow from her past.

I'm not a fan of historicals, but I did enjoy this. four paws. 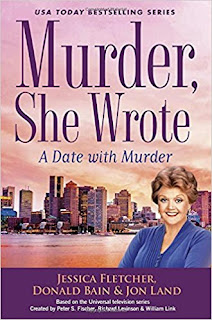 This is the paperback edition of the hardcover that was reviewed last year.  Jon Land takes over for the late Donald Bain and does a masterful job of injecting new life into this tried and true series!  Jessica is on more of a "thrill ride" now and we couldn't be happier!  Longtime fans never tire of this series, and now Land is making it better than ever! Five Paws!


TWO LUCKY COMMENTERS WILL WIN ROCCOS REVIEW COPIES OF CITY OF LIES AND THE GHOST AND THE BOGUS BESTSELLER! 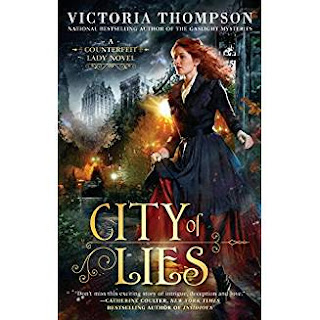 o enter, leave a comment on this blog post with your name and email address (entries without email will be disqualified). For extra entries, you can do any or all of the below: